TAMPA, Fla. - It’s one of the reasons we live here: It’s not unusual to spot manatees, dolphins, and rays in Tampa Bay, and today it was a swirling school of fish that caught the eye of SkyFOX.

The circle of small bait fish was swimming in the shallow waters of Old Tampa Bay, between Rocky Point and the Howard Frankland Bridge, just after noon.

The specific species of fish was tough to determine from the air, but a variety of small fish often swim together in a large ball as a defense mechanism to help defend against predators like tarpon and sharks.

Anglers often welcome the sight of these so-called bait balls because that means those large predator fish are nearby and hungry. 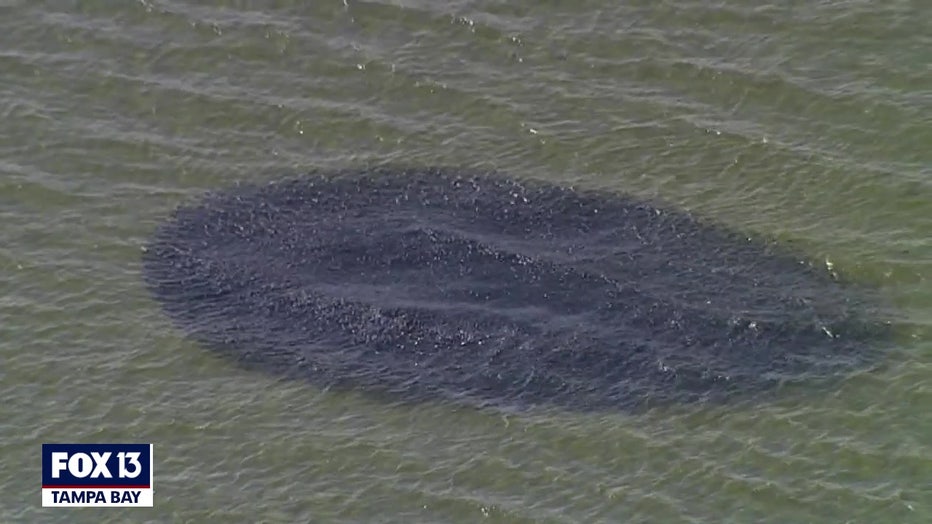 Monday’s new moon brought a spring tide along the coast and Tuesday morning, a lower-than-normal tide put a spotlight on the big mountain of sand along Johns Pass near Madeira Beach.

When it gets cold, by Florida standards, you know where to find manatees -- huddling outside the Apollo Beach TECO power plant. They're there now, even though humans can't visit.

The Florida Aquarium celebrated a milestone this week, and in reality, the bigger impact for this milestone will benefit the entire state.