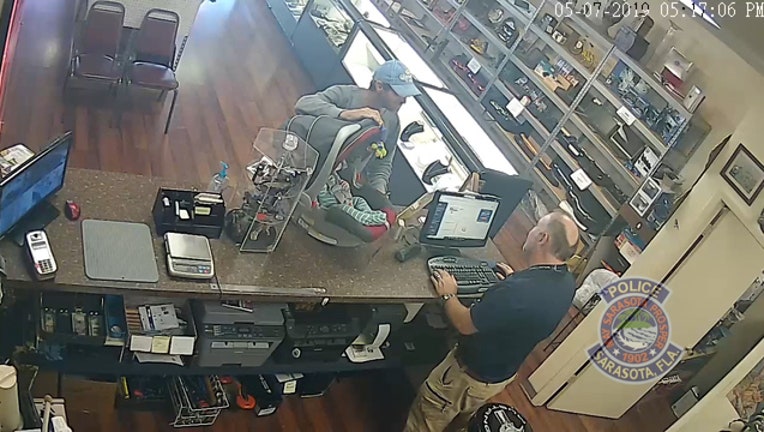 SARASOTA, Fla. (FOX 13) - Sarasota police said the man who made "concerning comments" in a pawn shop with a baby did so as a prank.

The man, identified as 43-year-old Brian Slocum, is the baby's father, investigators said.

Video released by police showed Slocum walking into the A&F Pawn Jewelry and Loan on Tuesday, carrying the baby in a car seat.

Though the video did not include audio and police did not say what Slocum said, investigators decided to launch a search because the employee "was concerned for the safety of the child and contacted the Sarasota Police Department based on statements the male made."

Slocum contacted police after realizing his image was posted on social media.

"Mr. Slocum claims that his encounter with the store clerk was a prank and that he wanted to place his own video on social media," police said.

Detectives verified Slocum's child was safe, and said there are no criminal charges for the investigation at this time.

"The pawn shop clerk did take the comments made by Mr. Slocum very serious and we appreciate him immediately notifying the Sarasota Police Department," police said.