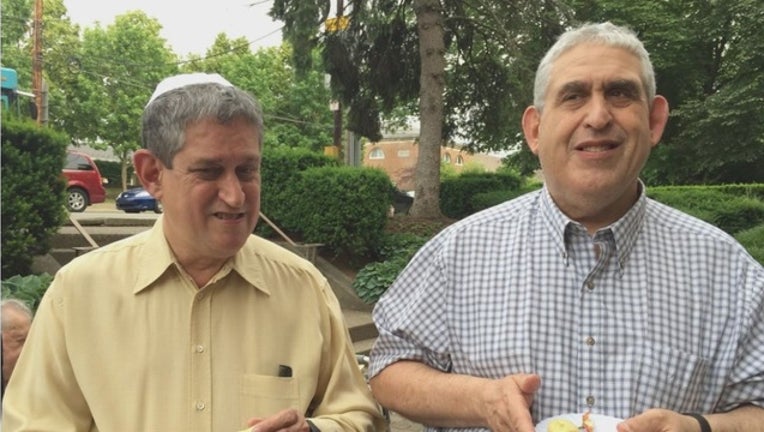 SARASOTA (FOX 13) - For Sarasota resident Iris Nahemow, the Tree of Life synagogue was a place that held some of her most cherished memories.

“My children went to religious school there. One of my daughters was married there,” Nahemow said.

It was also the place her grandchild held her bat mitzvah.

“People knew each other, it was multi-generational,” she said.

Those happy memories were shattered by the massacre that took the lives of 11 worshipers Saturday evening. Nahemow knew many of the men and women, especially Cecil and David Rosenthal.

“Cecil and David were there early for every service,” she said. “They were both special needs boys. And Cecil, who was the older one, was a teddy bear of a boy. He was the one who greeted everyone, he came over and he had wonderful social skills.”

“It’s tragic that someone has so much hate in their heart, that they go and do something like this,” she said.

Nahemow says she often sees events like this on the news, but never thought it was going to happen to her, until it did.

"But now it has happened to multiple friends of mine,” she said. “This is the thing that we all feared, that we all worried about, and prayed that it would never happen. But it was in the back of our minds."
And she has a message for the future.

Nahemow says first responders and law enforcement should receive an immense amount of praise for allowing rabbis to go into the crime scene and stay with the bodies during the investigation, abiding by the Jewish tradition that the deceased is not left alone from the time of death until burial.