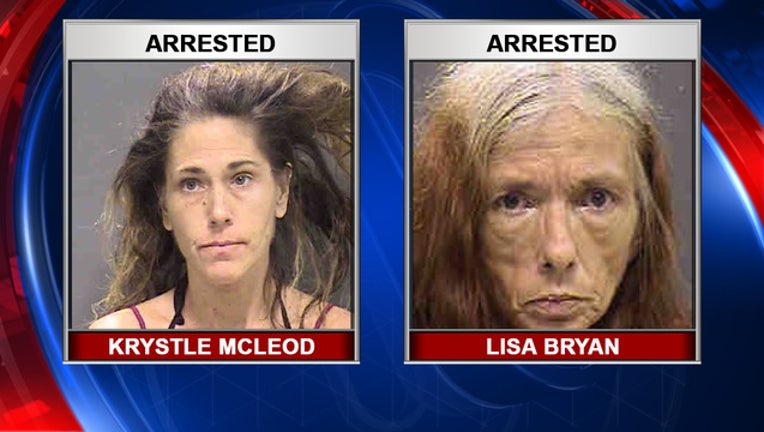 SARASOTA (FOX 13) - Two Sarasota women were found inside a vehicle injecting themselves with drugs while two children in the backseat, police say.

Back on Sunday morning, Sarasota police say, they responded to a reported suspicious vehicle in a driveway on Midwest Parkway. When they arrived, they say they found 53-year-old Lisa Bryan in the front passenger seat and 37-year-old Krystle Mcleod in the driver’s seat. In the backseat were Mcleod’s daughters, both 3 years old.

Police said they found cocaine, marijuana, used needles, burned spoons, burned glass and pipes. The children were taken to the Sarasota Memorial Hospital and were medically cleared, while the Department of Children and Families were notified.