The process of capturing the images involves the creation of a high-powered algorithm process called ptychography using an electron microscope.

Researchers used ultra-thin samples of a crystal to capture the image. The samples used were only a few atoms thick.

"Anything thicker would cause the electrons to scatter in ways that could not be disentangled," Cornell University researchers said.

This process previously broke a world record in 2018 by magnifying images 100 million times. Researchers use the microscope to shoot a beam of electrons at an object which then bounces off to create a scan which is reverse engineered to create a visual sample. 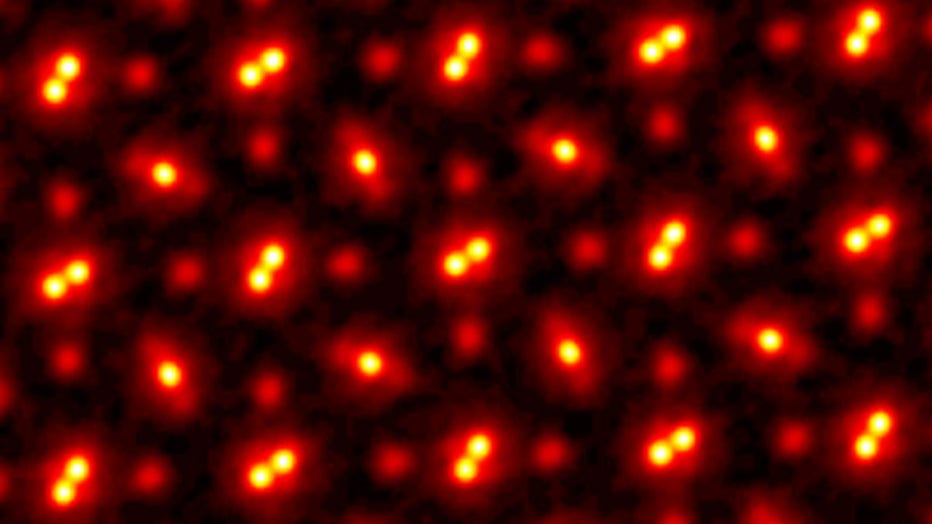 Cornell researchers say the resolution of the image is so "fine-tuned" that the blurring that is visible is that of the thermal jiggling of the atoms themselves.

The photo was produced in a study led by engineering professor David Muller.

"This opens up a whole lot of new measurement possibilities of things we’ve wanted to do for a very long time," Muller said.