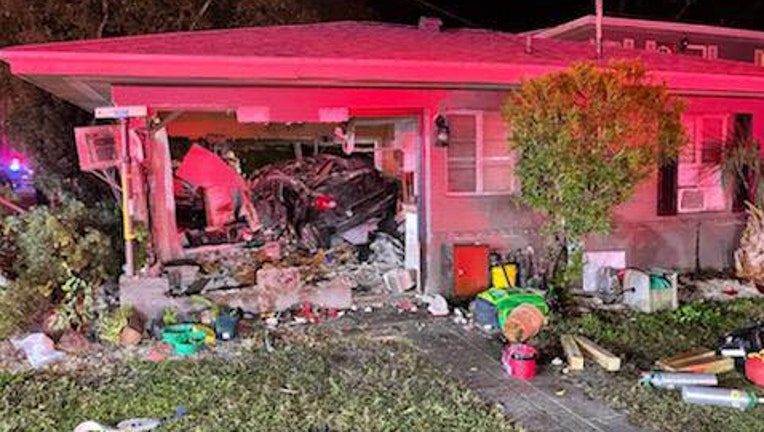 CLEARWATER, Fla. - Four people were hospitalized early Sunday morning after a vehicle crashed into a house, according to the Clearwater Police Department.

According to police Aaron Jackson, 24, was driving the 2006 Pontiac G6 north on Highland Avenue at a high rate of speed when he lost control and it slammed into the residence.

Brittania Hawk, 21, Yancy Perry, 32, and Desyre Thomas, 19 were passengers inside the vehicle at the time of the crash. 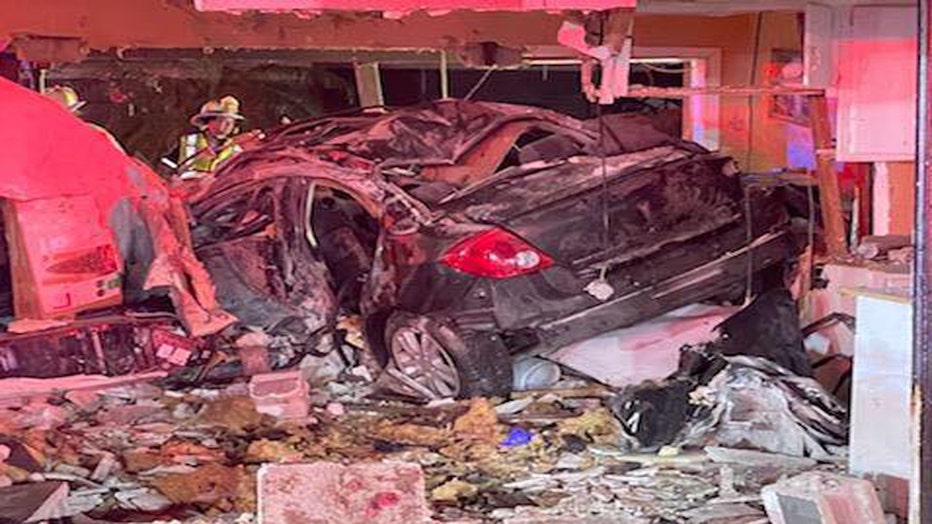 Jackson and Perry were taken to St. Joseph’s Hospital, while Hawk and Thomas were taken to Bayfront Health St. Petersburg. All four suffered serious or critical injuries.

The family living inside the duplex was out of town at the time of the crash.