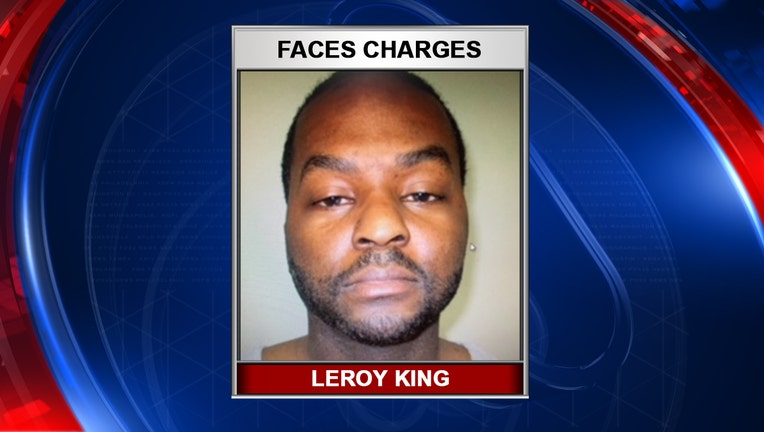 SEFFNER, Fla. - The Hillsborough County sheriff says a school resource officer pawned his service weapon and then reported to work with a pellet gun, instead.

Sheriff Chad Chronister said the officer, Leroy King, who was assigned to Mango Elementary School, has been arrested.

The sheriff said the discovery was made when a supervisor performed a standard, random officer check at the school. The supervisor noticed King was not wearing a holstered weapon and began to ask questions.

King allegedly gave excuses to investigators about why he did not have his weapon, but later confessed he pawned the gun, as well as a ballistic vest and weapon-mounted light assigned to him by the sheriff's office.

"It wasn't being fixed. It wasn't broken. It wasn't left someplace where he was taking target and shooting practice," Chronister said. "He had pawned that school security issued firearm... assigned to him to protect the children at Mango Elementary."

King apparently pawned the weapon and other items six times between the beginning of the school year and the end of November.

King was charged with eight counts of giving false info to a pawnbroker.