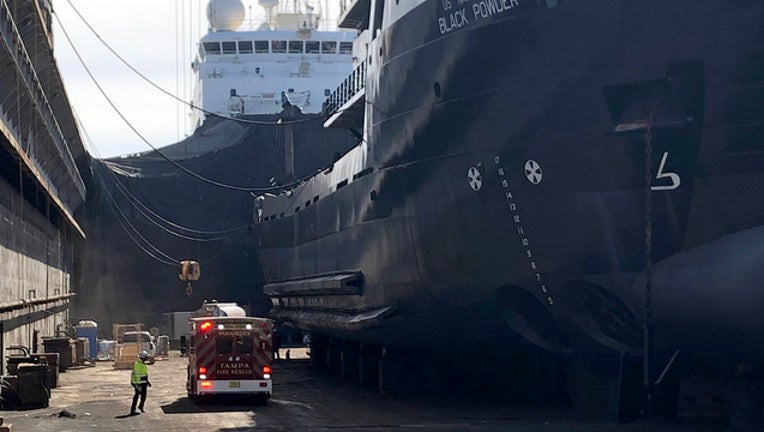 TAMPA, Fla. (FOX 13) - A ship worker had to be rescued while fighting a small fire aboard a ship in dock, firefighters said Wednesday.

According to Tampa Fire Rescue, the man was working aboard a ship in the Ybor Channel when a small fire broke out.  He was overcome by smoke while trying to put out the flames and had to be evacuated.

Shipyard workers managed to hoist the stricken man to an adjacent ship.  He was taken to Tampa General Hospital with injuries described as non-life-threatening.

The man's identity has not been publicly released.