Mary Lukas Jurkowski took video footage October 27 of the two alligators as they snapped and wrestled alongside a pond at Rotonda Golf and Country Club.

On the other side, two sandhill cranes and a white ibis looked on, occasionally offering a 'squawk' of acknowledgment.

For about four minutes, the reptiles locked into an extended contest of showy teeth and swinging tails. 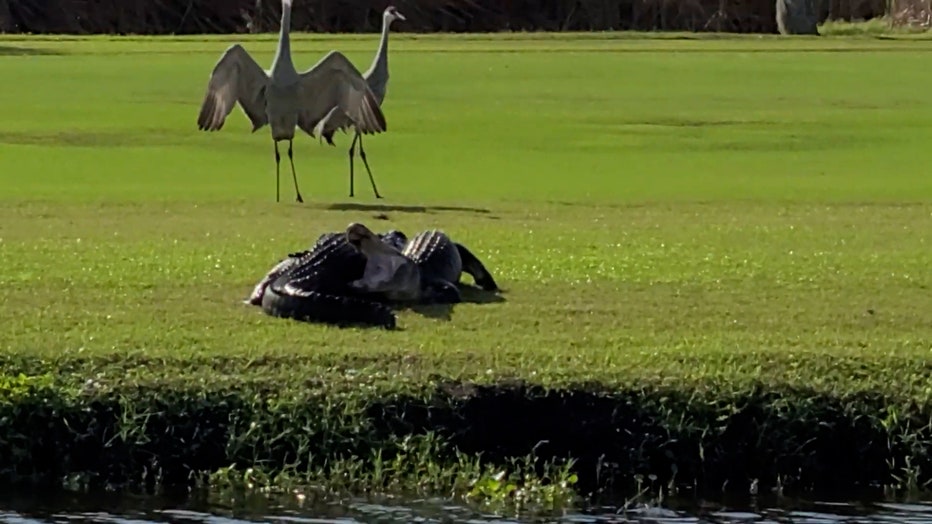 “I was doing yardwork when I heard a mating call from a bull,” wrote Jurkowski. “A short while later, a second alligator showed up. Not sure if this was for territory, but it was cool to see.”

During the course of the video, neither reptile nor bird suffered any obvious injuries.