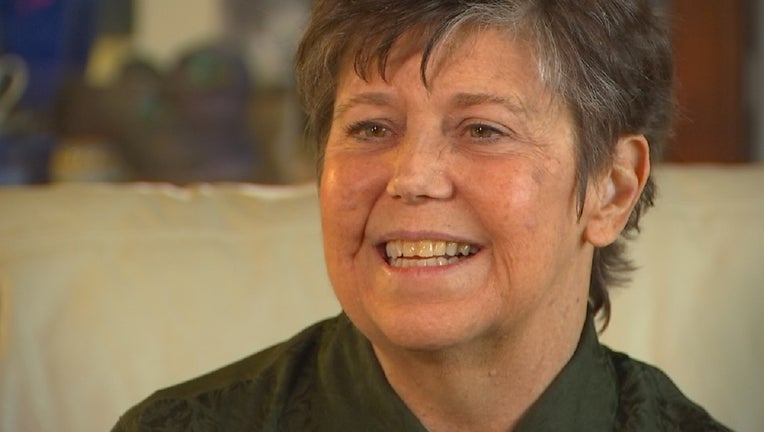 After living long past expectations, Kim Shobe is hoping for a second miracle and another lung transplant.

January will mark 30 years since Kim Shobe was given the gift of life. As she celebrates a milestone, she's also hoping for another miracle.

At 66 years old, a Shoreview woman is the Mayo Clinic’s longest-living lung transplant recipient. January will mark 30 years since Kim Shobe was given the gift of life. As she celebrates a milestone, she's also hoping for another miracle.

She says that she first began to experience problems breathing in the 1980s while in her 20s. A diagnosis wouldn’t come until years later. Shobe says, "I have a condition called Lymphangioleiomyomatosis, they call it L-A-M, LAM. It’s kind of like emphysema. "

With both lungs affected, she was immediately put on a transplant list.

"I was struggling. I was on oxygen, in a wheelchair. I couldn’t walk across the room without getting out of breath," says Shobe.

At the age of 36, she had her right lung replaced. "I’m very grateful, I recognize, I’m going to cry, that it’s a miracle," says Shobe from the living room of her Shoreview home. She went on to earn an MBA, pursued her dream job, and traveled the world."

After several stints in the hospital, today at the age of 66, Shobe is retired and facing a new challenge. "My kidneys are finally failing," says Shobe. It’s the result of taking immunosuppressant drugs for decades.

Shobe says that she’s been receiving dialysis, which is the process of removing excess toxins, waste, and fluid from blood, three times a week since this spring. It's a short-term fix.

"The average life span of a dialysis patient in this country is about five to seven years," says Dr. Naim Issa, a transplant nephrologist at the Mayo Clinic.

"The shortage of organs in this country has been a public crisis," said Dr. Issa.

For Shobe and many others, the wait for a kidney from a deceased donor could exceed six years.

With no time to waste, she's now hoping to match with a living donor and make a connection that would give her a second chance at life.

"My hope would be to get a good kidney and recover well and be able to go off and be able to do all the things that are still on my bucket list," she said.

When asked what keeps her motivated, Shobe says that she tells people that she's always managed to have things to look forward to. That's what keeps her going. She is currently on the transplant list at the Mayo in Rochester and Scottsdale, Arizona. Anyone who is interested in becoming a kidney donor can find more by clicking here.