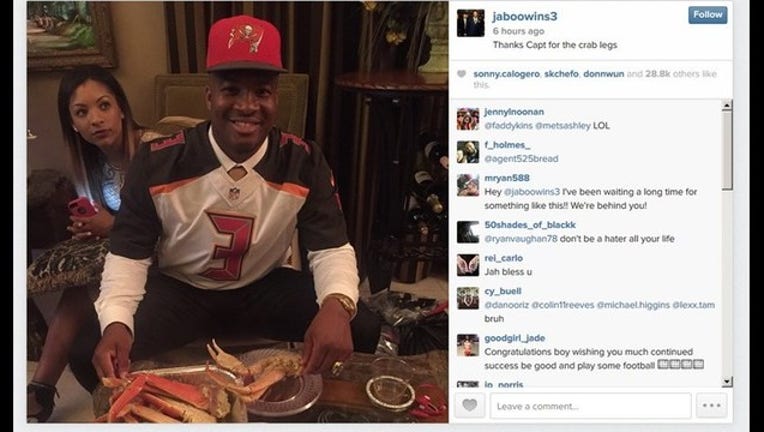 Just hours after getting the news that the Tampa Bay Buccaneers had drafted him No. 1 overall, Jameis Winston had to do some social media scrubbing.

The Bucs' new face of the franchise posted a photo of himself eating, of all things, crab legs on Instagram and Twitter, an ironic move considering the occasion.

Surely Winston is a big fan of crab legs, which is no harm, no foul. But the posting a photo of it on the night of the draft created a firestorm among fans and sports media.

Winston, of course, ran into legal trouble while at Florida State for walking out of a Publix with crab legs. He later claimed that they were given to him by an employee wanting to "hook him up."

Perhaps Winston was posting it as a sign to show he's moving on, or perhaps he didn't consider it to be a big deal at all.

Later, he did. The photo was deleted from his account.