Despite the pandemic, the show goes on at Skipper's Smokehouse

TAMPA, Fla. - Skipper's Smokehouse in Tampa is showing no signs of slowing down. Bands are still rolling through, oysters are still being shucked, and the drinks are still flowing.

This has been a hot spot for cool music since the 1980s. The pandemic hit them hard, and there were concerns they wouldn’t be able to make it.

Cricket Larson, the owner – or as she describes, "Chief Cook and Bottle Washer" – said she is excited about the future of Skipper's.

"It was the end," she admitted. "But it’s not now. We are reopened. I couldn’t let it go. I lost my mind. I’m in the restaurant business now full-time."

They are open Thursday through Sunday, offering live music each day.

"This property itself has a long history even before it became Skipper’s Smokehouse," Larson told FOX 13. "We were voted best Blue Club in America several years ago. We have a rich history in blues…but we try to cater to everybody and every type of music."

Some famous names have graced the outdoor stage and Larson wants to continue the tradition of welcoming independent artists. You can keep an eye on which bands will perform by visiting the restaurant's live music calendar on their website. 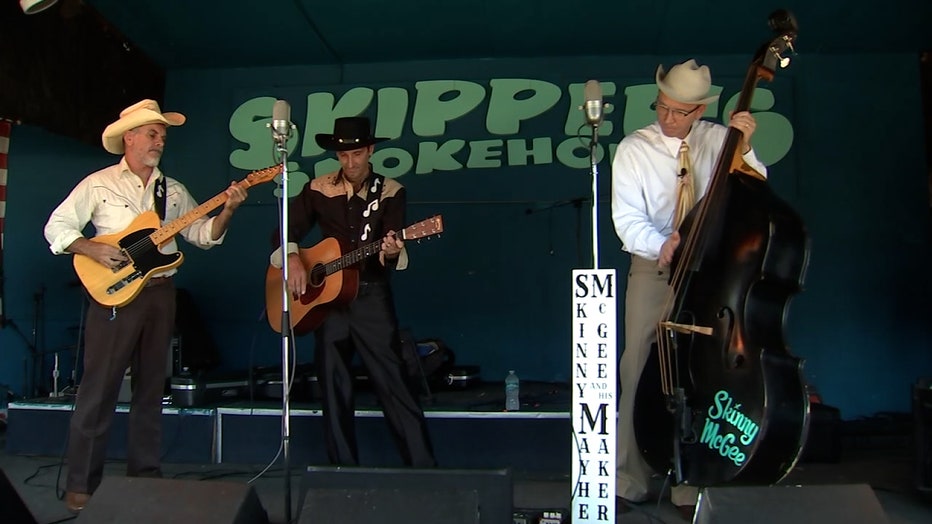 Skinny McGee and His Mayhem Makers plays during a segment on Charley's World.

While they are known for their venue, Skipper's is also known for its menu.

"One of my favorites is shrimp and grits," said Larson. "We make house-made sofrito and the shrimp is served on top of a bed of pimento cheese grits. That’s my pimento cheese recipe, so I’m pretty proud of those grits."

Plus, the grouper reuben, mullet fish dip, smoked BBQ alligator ribs, and the pulled pork plate – to name a few. As far as brunch goes, they offer an artisan BLT sandwich – with pork belly that is smoked in-house – along with a yellowtail snapper and waffle dish, served with rum maple syrup on the side. 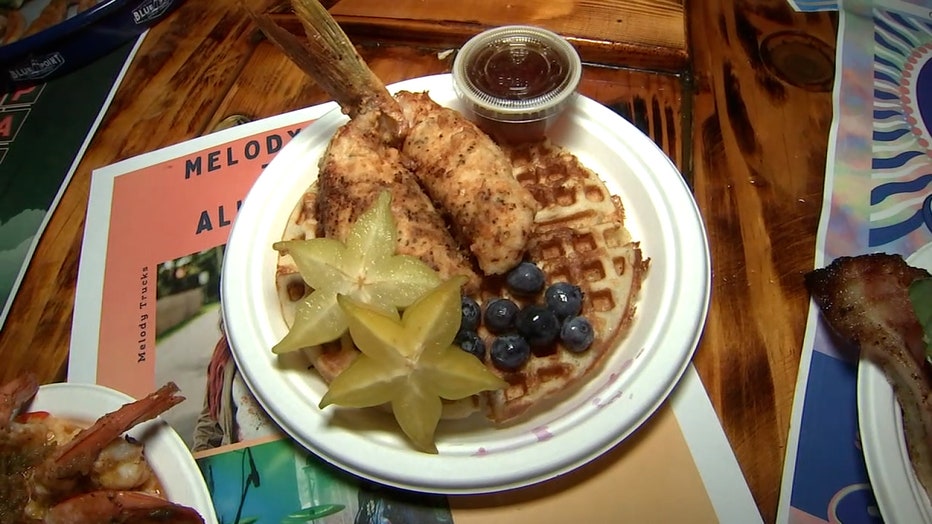 "This place has been here since before I was born," Carson said with a laugh. "One of the managers came with the place since its inception in 1980, and she’s still here. I kind of feel like this is one of the last true hubs of culture in Tampa Bay. I’m going to give it everything I got along with my staff."