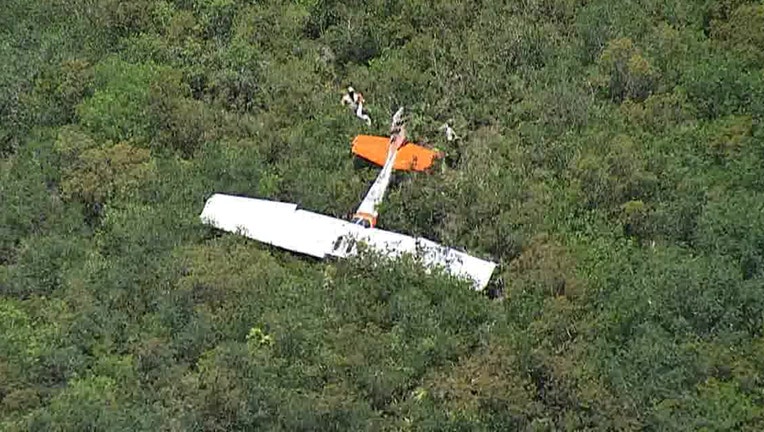 Hernando County deputies said the plane crash was reported just before 11 a.m. Tuesday by one of the two people aboard the plane. According to the pilot, they had taken off from the Hidden Lake Airport in Pasco County and were headed to Mariana. But their 1969 Cessna A150K began to have engine problems and the pilot decided to attempt an emergency landing in the clearing.

Both walked out of the aircraft with only minor cuts and bruises. Officials did not supply their names.

The view from SkyFOX showed an orange and white plane resting in an open area filled with small bushes. 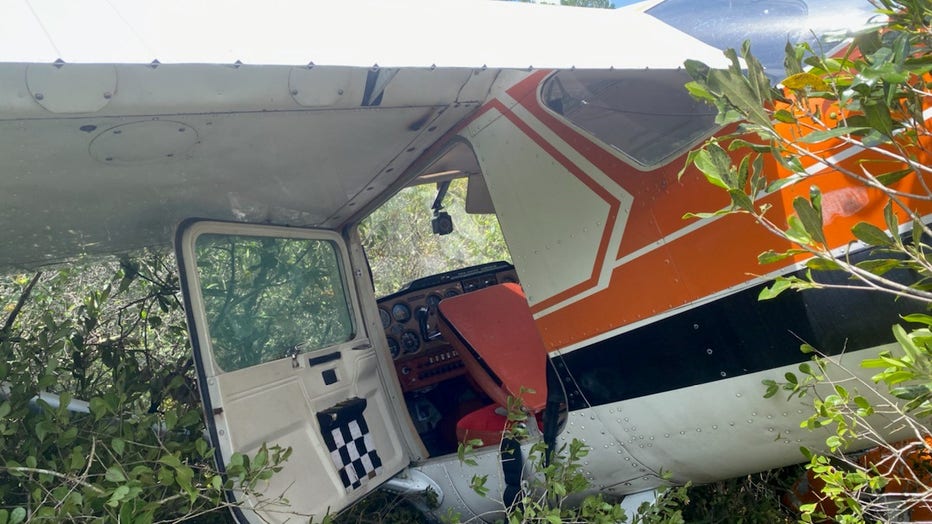 The Federal Aviation Administration was notified and they'll investigate the cause.