TAMPA, Fla. - A small plane made an unexpected landing Thursday morning in Tampa.

The single-engine, single-seat Cessna landed on the grassy median of Bruce B. Downs Boulevard near the Interstate 75 ramp. Tampa police said it was due to possible engine issues.

They said there were no reported injuries after the single-engine, single-seat Cessna made the landing on Thursday morning.

"I escaped New York last year during COVID. I have seen a lot of craziness in New York, but I have never seen anything like this," witness Ruben Fernandez offered.

The view from SkyFOX showed police officers and patrol cars around the plane. Beneath its wings were the words "Mosquito Control." 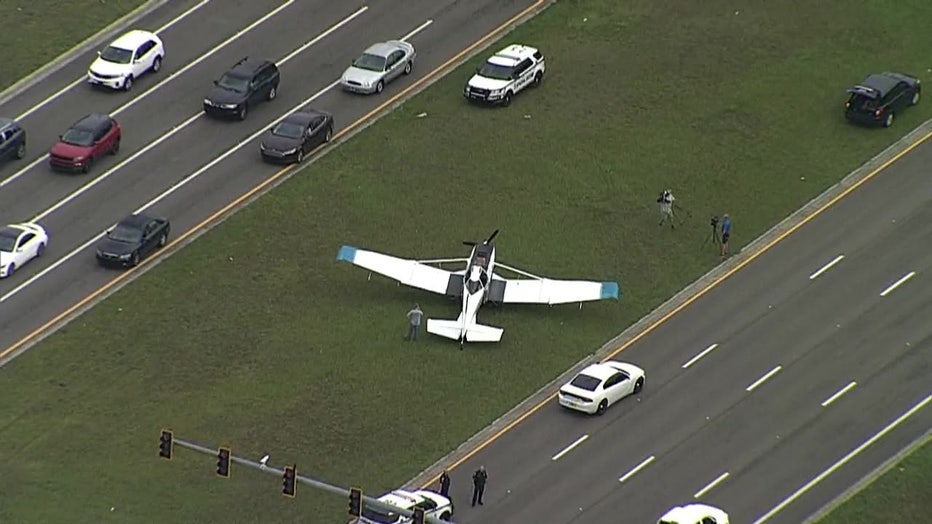 The pilot was the only occupant.

According to federal records, the Cessna T188C is owned by a trust out of Wilmington, Delaware.