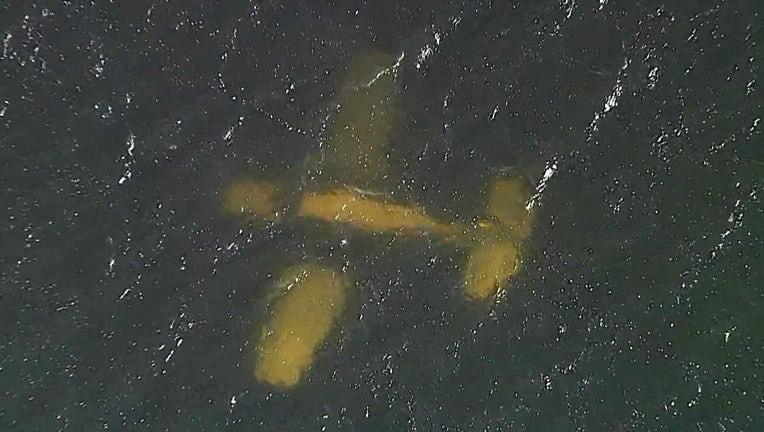 The plane came down in Hillsborough Bay, not far from Peter O. Knight Airport. Officials said, according to the pilot, the plane was experiencing possible engine trouble.

It landed in the water about 5,000 feet short of the runway.

Two people were able to escape. The police marine unit rescued the one occupant, and a seaplane was "in the right place" to rescue the second occupant. Both were uninjured.

"Both of them feel very, very lucky to be alive," said Sandra Bentil, a spokesperson with Tampa Police Department. "They were traveling from Gainesville to here."

The view from SkyFOX showed a sheriff's office boat on the scene. The plane was barely visible below the surface of the water.

The National Transportation Safety Board will work with local officials to remove the plane.

Peter O. Knight Airport is a small general aviation airport at the southern tip of Davis Islands, and has been the scene of a few small plane crashes through the years. One of the most serious was in 2006 when a twin-engine plane skidded off the runway and crashed into a nearby home, killing both people aboard. A 2016 crash also killed two people.

In 2012, a C-17 pilot mistook the small airport for nearby MacDill Air Force Base and landed the giant cargo plane there instead.