TAMPA, Fla. - Hundreds of flight cancellations left passengers stranded at airports across the country Tuesday after Southwest Airlines reported a computer reservation issue led to the disruption--the second for the airline in the last 24 hours.

"It's been a big stress. I mean, this 8-month-old is not going to be happy," passenger Bobbie Prewitt said.

Prewitt and her family were set to fly home to Indiana Tuesday, but on the way to the airport learned their flight was canceled with the next flight not available until Wednesday. 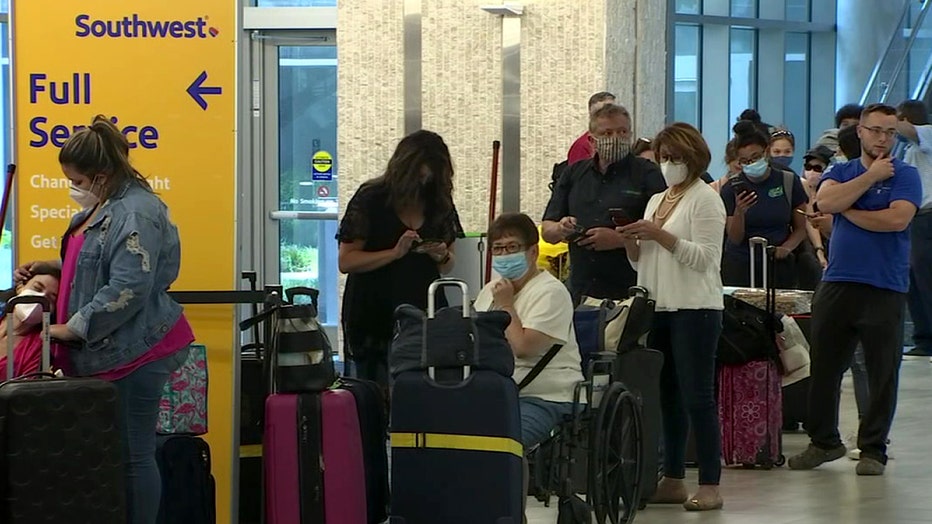 "We already spent money for a week. We don't have money for a hotel and another car," Prewitt said.

Tuesday's cancellations are the second disruption for Southwest Airlines in less than 24 hours. Late Monday, Southwest was forced to halt flights after a weather data outage.

"The FAA issued a temporary nationwide ground stop at the request of Southwest Airlines while the company resolved a reservation computer issue," a spokesperson for the Federal Aviation Administration said in a statement released Tuesday.

"We recognize times have been tough because of COVID, but people are wanting to travel and we still need to be taken care of when things go wrong," passenger Matt West said. 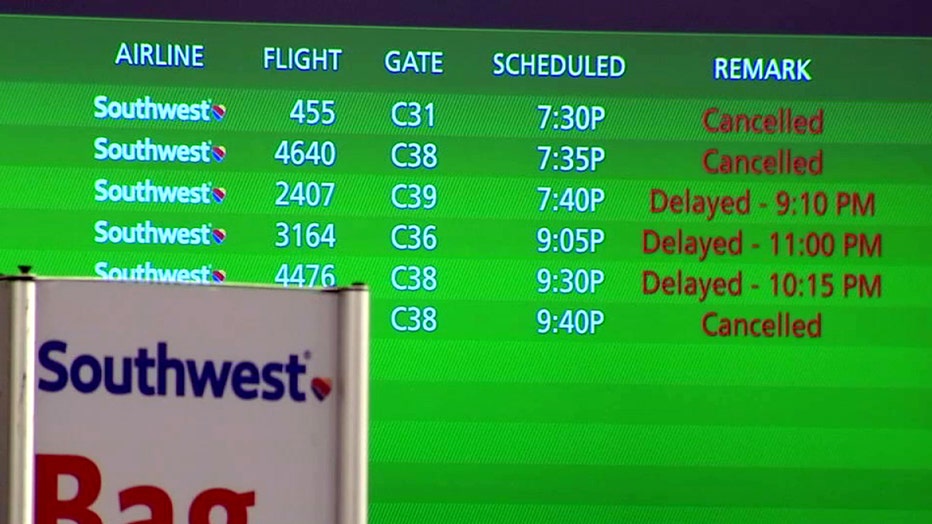 Tuesday's latest disruption led to nearly 1,000 delayed flights and as many as 500 cancellations.

West and his scout troop of eight were told it would two days before Southwest could put them on a flight home to Nashville.

"I got parents waiting for me to get their kids home," Boy Scout leader Jerry Adair said.

It's why Tuesday night they decided to leave the airport and rent a car to drive home.

"Southwest is in the process of resuming normal operations after a brief pause in our flight activity resulting from intermittent performance issues with our network connectivity Tuesday afternoon. Our teams are working quickly to minimize flight disruptions and Customer impact," a spokesperson for Southwest Airlines said in a statement released Tuesday afternoon.