There are cars, motorcycles, football helmets, show props and alligator bones are some items found at the warehouse. The "chrome" put on the items is a layer of silver between two layers or paint.

The patented technology was created by Spectra Chrome's owner Daniel McLaughlin, who has a chemistry background from Michigan State.

"What we have is a special dual-headed gun. There's two components spray at the same through that gun, and they mix in front of the gun, and the silver leaves a silver nitrate in, and it lands on that white base coat and builds up like a mirror," McLaughlin explained. 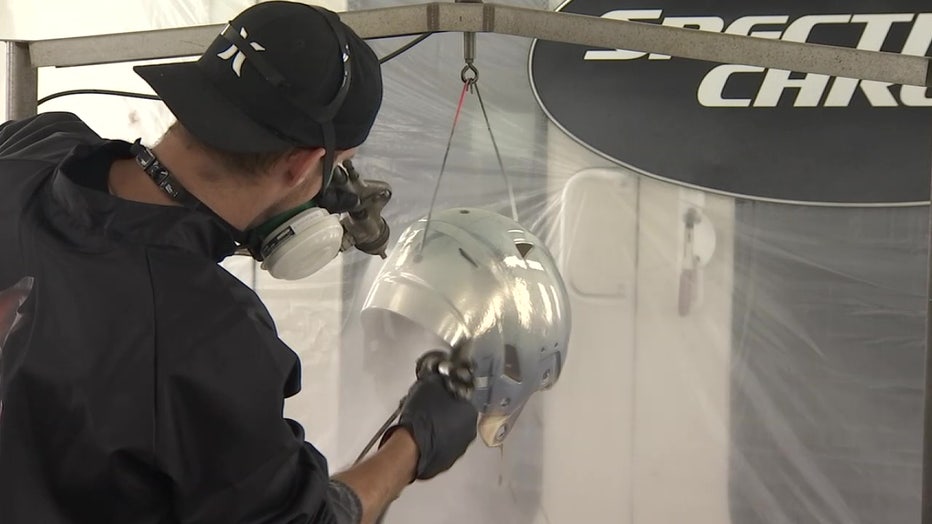 Spectra Chrome has created pieces for the SEMA car show in Las Vegas, and they've done work for Feld Entertainment, Google, the HBO Max show "Peacemaker" and the film "Men In Black III."

They also sell their patented technology to other companies like Disney, who chromes their amusement park costumes, and Riddell, who chromes around 40,000 football helmets a year. 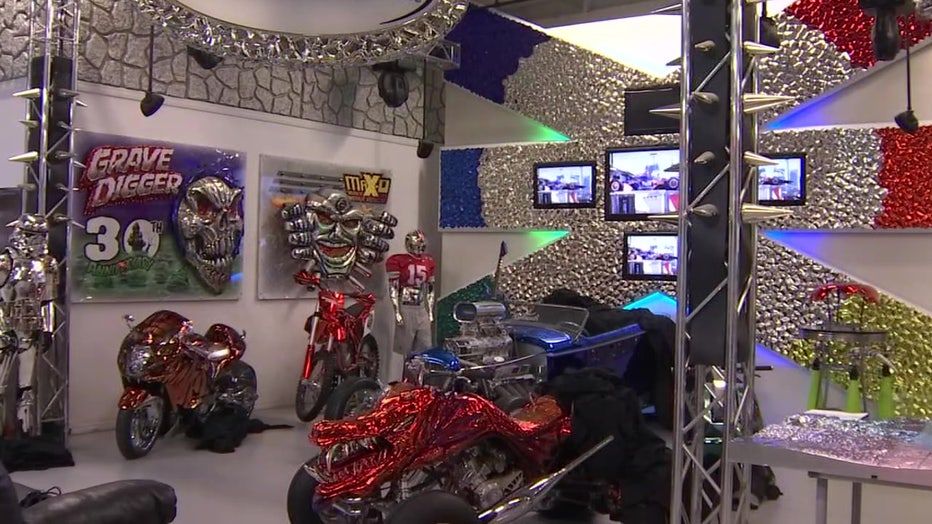 "I think people are attracted to reflectivity and shine and then when they realize you can put form of any color over anything, everybody can think of something that they want done," McLaughlin said.