ST. PETERSBURG, Fla. - After years of pitching new plans for the Tropicana Field site and striking out, the mayor of St. Pete announced that much has changed in the community since the city first took proposals on redevelopment ideas two years ago, and it's best to go back to the drawing board.

"I am terminating the current RFP [request for proposal] process and instructed my staff to target a new RFP by mid-August," Mayor Ken Welch said during Wednesday's press conference. "Our future is bright and I am excited we are moving into this next phase."

The mayor said the initial RFP – which was narrowed down to two companies and their proposals – was first issued in 2020. He said the new proposals should take into consideration: how the pandemic changed the workplace, the current housing crisis, supply chain, and labor issues. He also said the proposals should address "intentional equity and equitable development" highlighted in the city's Disparity Study and Structural Racism report – which was completed after the original RFP was issued.

"Our environment has changed in many ways since the initial RFP was issued in 2020. We have to make sure our RFP meets are current values," he said. "The pandemic has changed the way we work and affected the way we need office space." 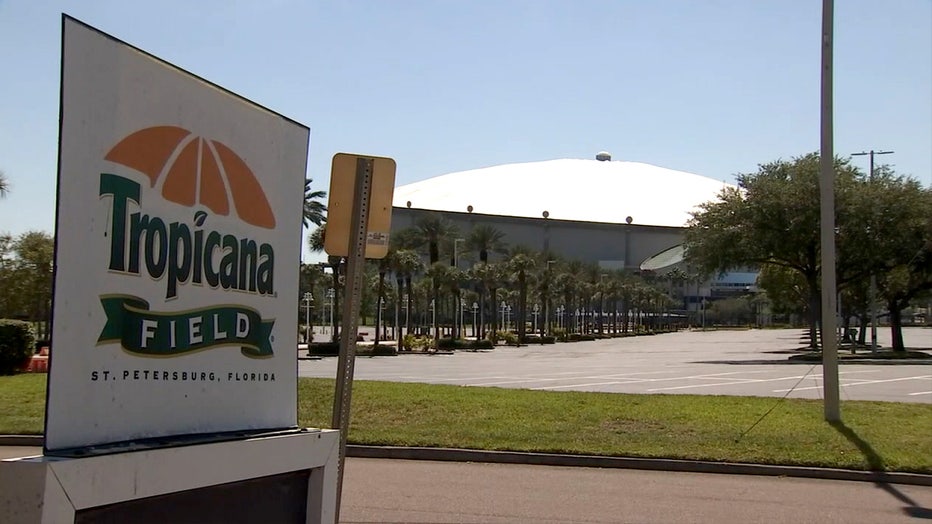 Plus, the big question is whether the Tampa Bay Rays will remain in the city when their lease is up at Tropicana Field in 2027. Following the mayor's announcement, the team issued the following statement:

"We appreciate Mayor Welch’s leadership and the process he has outlined. We are eager to continue discussions with Mayor Welch, City Council and the Pinellas County Commission to determine whether our future home will be on this site."

Mayor Welch said he hopes the team will be involved in the redevelopment process.

"We feel that the community needs to be able to weigh in once again. July of 2020 was mid-pandemic," Mayor Welch said. "The Rays stadium question has to be answered. The relationship with the Rays has to be built."

The mayor's office said it is relaunching the process of requesting proposals (RFP) and will take public comment on its website, https://form.jotform.com/210254356325045.

It’s now down to two developers when it comes to the one that will redevelop the land that Tropicana Field sits on either with or without a baseball stadium.

The team, meanwhile, has said they are committed to remaining in the Tampa Bay region – but there’s currently a proposal for them to relocate to Ybor City.

The original redevelopment plans, came down to Miami-based Midtown Development and Sugar Hill developers. Midtown pitched 6,000-8,000 residential units with 1,000 of them being for workforce families, along with new office space, a hotel, retail, a larger booker creek, and areas for artists.

The Midtown team is what former Mayor Rick Kriseman picked over developer Sugar Hill, which is similar but also includes a massive convention center.

When Welch took office in January said he wanted six months to reexamine both options. Now, he decided to nix those plans and start over.

"I think St. Pete is the best opportunity. The Rays are here today. I think that’s a signal that our relationship has vastly improved," he said. "Pinellas County is part of this conversation. When you look at what’s happening in downtown St. Pete, it’s moving west. This is the opportunity to put the Rays on the edge. I would hope that the Rays would be a partner."

Sugar Hill has since released the following statement:

We appreciate Mayor Welch’s thoughtful approach to the Tropicana Field redevelopment and respect his decision to continue the evaluation process.

We have worked tirelessly since fall 2020 to develop, expand, and refine our community-driven vision for the Tropicana site: an inclusive, sustainable neighborhood that is a catalyst for job creation and economic growth.

We continue to be inspired by the hundreds of residents, including community, business, and faith leaders, that we have been privileged to engage and work with throughout this process.  We are inspired by their commitment to St. Petersburg and to making the city the very best version of itself.

We look forward to continuing that effort as we move to the next phase of the selection process.

With respect to the Rays, Sugar Hill Community Partners has deep experience developing stadium and stadium-anchored districts. We accordingly welcome the opportunity to work with Mayor Welch and the Rays to fully assess opportunities for a new ballpark at the Trop and to ensure that the project creates maximum value for St. Petersburg.