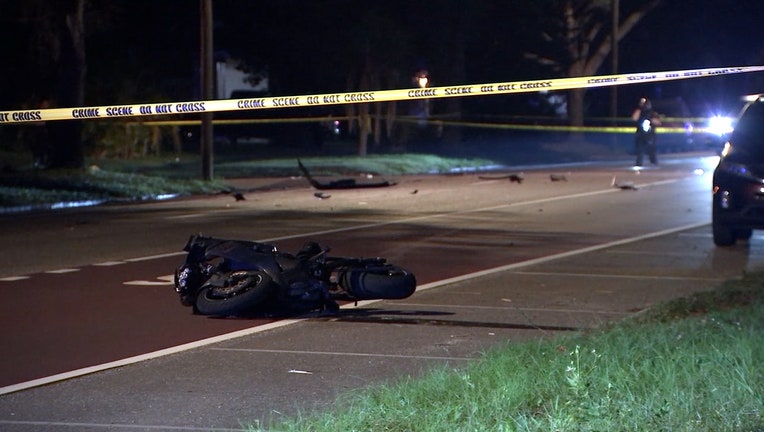 The crash occurred at the intersection of 1st Avenue North and 42nd Street North around 9:24 p.m. According to St. Pete police, the rider on a black Suzuki, identified as 44-year-old Christopher Smith, was heading west.

Meanwhile, the driver of a blue Subaru Legacy was heading north. Both vehicles entered the intersection at the same time and collided, police said.

Smith passed away. The driver remains at the scene and is cooperating with the investigation, according to officers.

READ: What will happen to Tropicana Field in St. Pete? Here are the 4 redevelopment proposals

There is a stop sign on 42nd St. N., but police have not said whether the driver came to a complete stop. They are still investigation what led up to the crash.