ST. PETERSBURG, Fla. - The city of St. Petersburg has released plans from four developers that transform the Trop and the 86-acre part of downtown that surrounds the stadium.

The four developers include 50 Plus 1 Sports, Hines and the Tampa Bay Rays, Restoration Associates, and Sugar Hill Community Partners.

All four plans include the same major features: a new Rays ballpark, a mix of residential, business, and retail, multiple hotels, and an African American history museum.

Each group also brings its own unique visuals and points of interest into its plans.

It's clear from their renderings that 50 Plus 1 Sports, a 100% minority-owned development firm, has placed a large emphasis on the artistic design of their project. The proposal includes a large, undulating, blue, and yellow mosaic stadium canopy. Plans also feature an education or tech campus and intermodal transit hub. 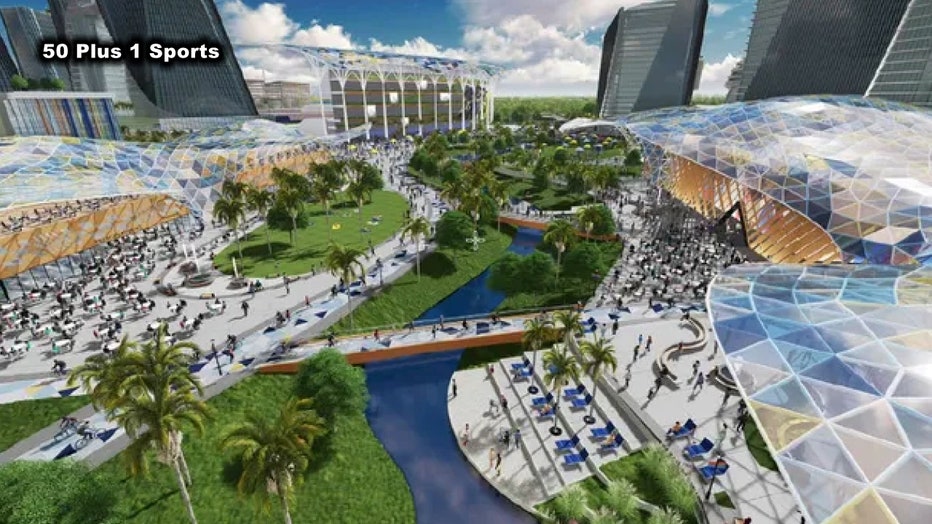 Hines and the Rays hope to build senior living, a sports sciences incubator, and a 2,500-3,000-person music venue and arts education space. 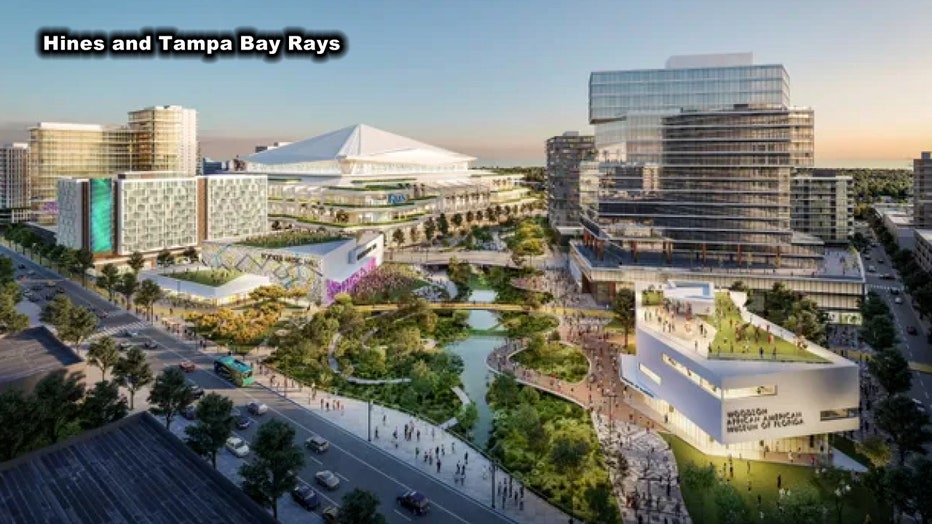 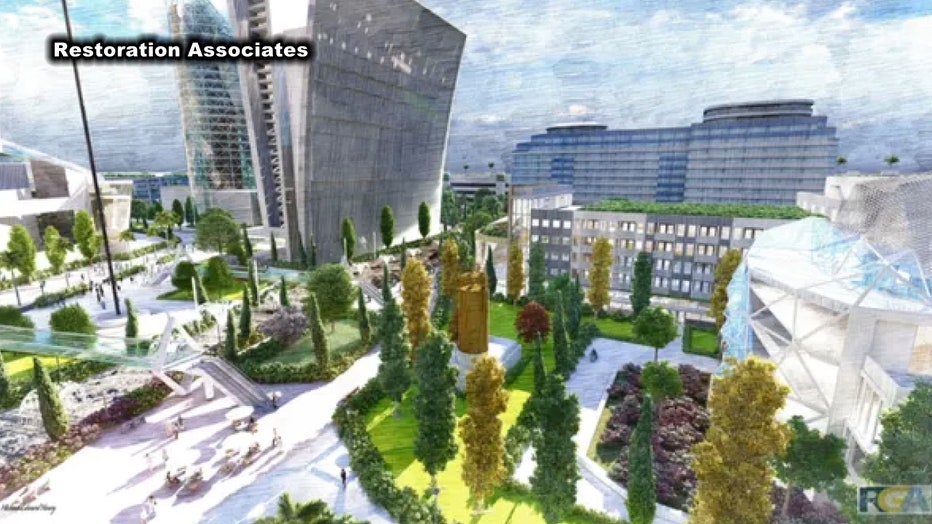 Sugar Hill, a finalist from the city's stalled 2020 search for a developer, would also place an emphasis on mobility with pedestrian zones, dedicated bike lanes and trails, as well as a bicycle center at the Pinellas Trailhead with storage, rentals, a cafe, and bike shop. 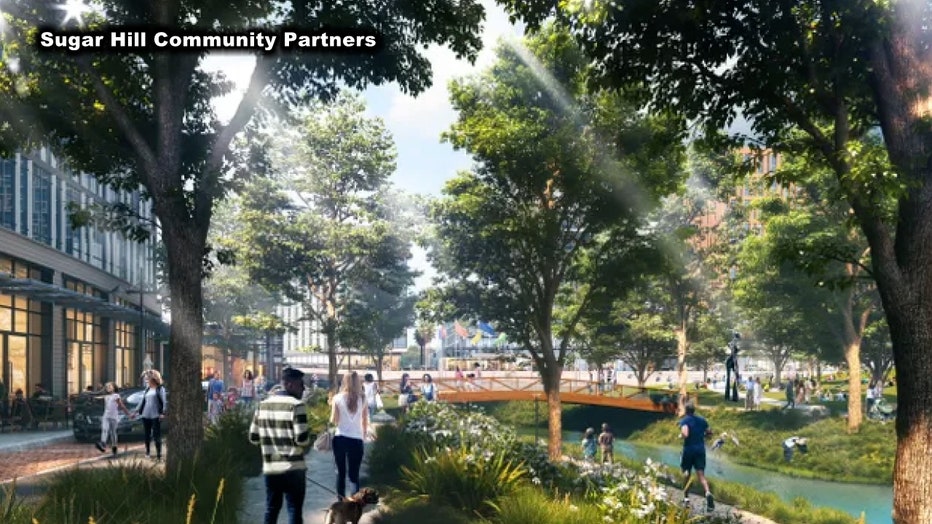 Stadium proposals run the gambit between open-air, fixed, and retractable roofs. Restoration Associates have also provided a Plan B to upgrade Tropicana Field, instead of building a new ballpark.

Mayor Ken Welch specifically requested that developers find ways to honor the historic Gas Plant District's Black heritage. Much of the neighborhood was lost when the Trop was built some 40 years ago. All four proposals include plans for an African American museum.

St. Petersburg Mayor Ken Welch grew up in Gas Plant. He has fond memories of learning the value of hard work and being held accountable as a child. It was a close-knit community that was promised an economic return when the city voted to demolish the neighborhood to build a baseball stadium. Those promises have yet to be fulfilled, but, he said, it's not too late.

READ: Gas Plant District in St. Pete: One of the oldest Black neighborhoods razed for baseball

The Hines and Sugar Hill proposals include dedicated parks that mark the history of the former Oaklawn Cemetery where some graves may have been left behind.

Submissions from both Sugar Hill and 50 Plus 1 Sports promise to set half of their residential units, more than 3,000 in total, aside for affordable housing. Hines and the Rays have pledged 23% of their housing will be affordable, including 850 affordable and workforce housing units on-site, and an estimated 600 off-site residences.

Mayor Welch hopes to select a developer by the end of January.

The four proposals can be found here