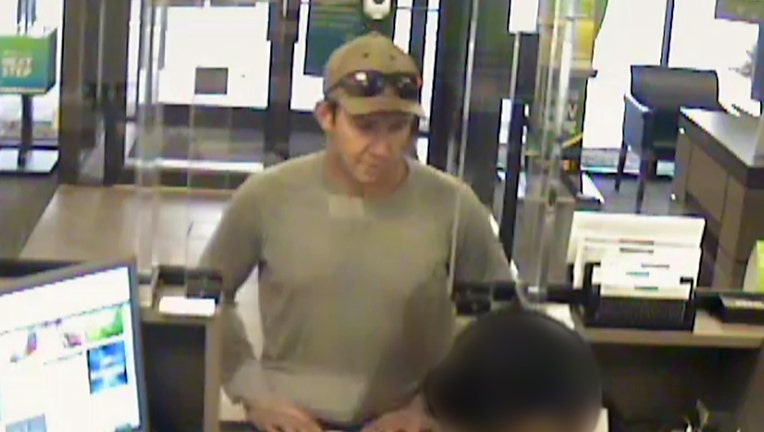 St. Pete police released this surveillance image of the bank robbery suspect in hopes that someone will recognize him.

ST. PETERSBURG, Fla. - St. Petersburg police are trying to track down a man who robbed a Regions Bank on Monday afternoon.

Police said the identified suspect walked into the bank, located at 3399 66th Street North, at 3:50 p.m. They said he passed a note to the teller demanding money.

Investigators said he "implied" that he was armed but didn't reveal a weapon. After, he left with an "undisclosed amount of cash," according to the police department.

The man is described as 6 feet tall with brown hair and scratches on his face.