Dead fish clean up ahead of holiday weekend

ST. PETERSBURG, Fla. - The race is on for workers to clean up thousands of dead fish caused by a red tide outbreak along St. Pete’s waterfront. On Friday, city crews worked to remove dead fish from the water and shore ahead of the Fourth of July weekend.

This map shows medium to high concentrations of the red tide algae near the waterfront, which has led to dead fish along the Pier, marinas, North Shore Park to Demen’s Landing and Lassing Park.

Ben Kirby, a spokesperson for the city of St. Petersburg, says it should have a minimal impact on the weekend’s celebration.

"I think people should monitor it if they can…We are going to clean up the dead fish and other debris in our area so it’s a nice place to be," Kirby explained. 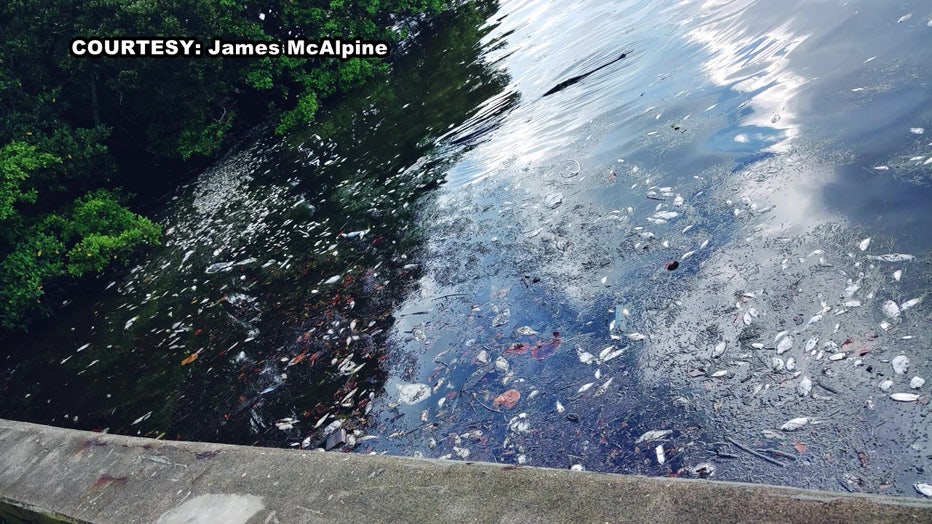 The toxins released from red tide algae can cause respiratory problems and may be deadly to marine life. The Bay Area has seen an outbreak in the Bay and along the beaches.

Scientists are investigating whether the spike is linked to nutrient heavy wastewater that was dumped into Tampa Bay following a breach at the Piney Point fertilizer plant.