GIBSONTON, Fla. - Dead fish by the thousands are causing a smelly mess in the water and on the shorelines around parts of Tampa Bay.

Commercial fisherman David Gill was shocked when he first saw it Monday morning near the mouth of the Alafia River.

"I wanted to scream and rip my hair out because I watched my livelihood die right in front of me," says Gill, who has been fishing these waters since he was a boy.

For years, Gill and other fishermen have traveled miles to get away from red tide, which he believes is exacerbated by pollution, including the release from Piney Point. He’s angry about it.

"The EPA and DEP knew for years this was going to happen," says Gil. "They knew this for years, and they didn’t do anything about it."

The new fish kills stretch from the mouth of the Alafia River to Ballast Point in South Tampa. Gill says he’s seen a variety of dead sea life. 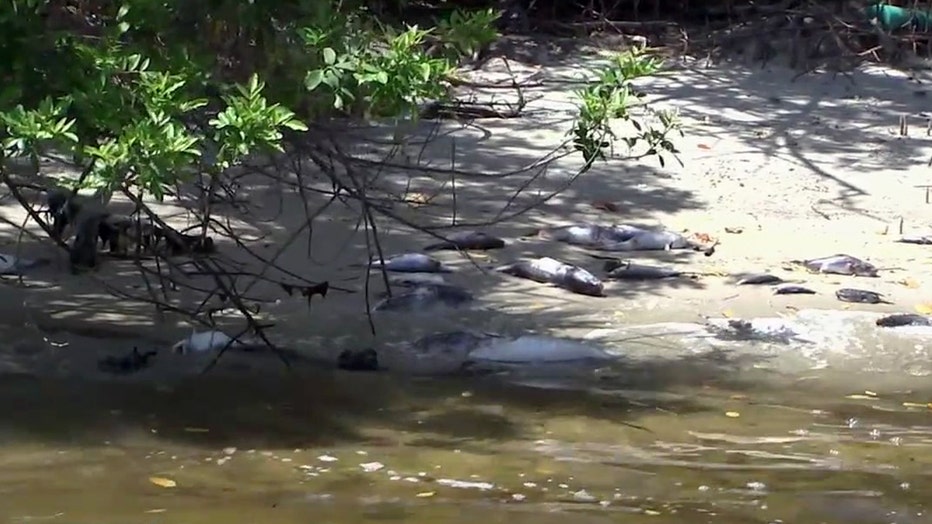 A spokesperson for the Florida Fish and Wildlife Conservation Commission says red tide in Tampa Bay is probably the cause of these new fish kills. She says Piney Point didn’t cause this red tide, but the nutrients from Piney Point may have made the bloom worse.

Gill says talk is cheap and dead fish aren’t worth a dime.

"I’m very angry," he says. "I want to talk to them face to face to see what can be done about this because it's the commercial fisherman’s livelihood that’s destroyed."

Gill worries that his life’s work will be washed away by another deadly bloom of red tide.