ST. PETERSBURG, Fla. - The United States men’s soccer team made its first World Cup appearance since 2014 in Qatar on Monday, facing off against Wales.

Meanwhile, in St. Petersburg, hundreds of fans gathered at Williams Park to support the team.

The city hosted its first of a series of watch parties complete with an 18-foot screen, food trucks, a Tampa Bay Rowdies kids zone, live music and more. 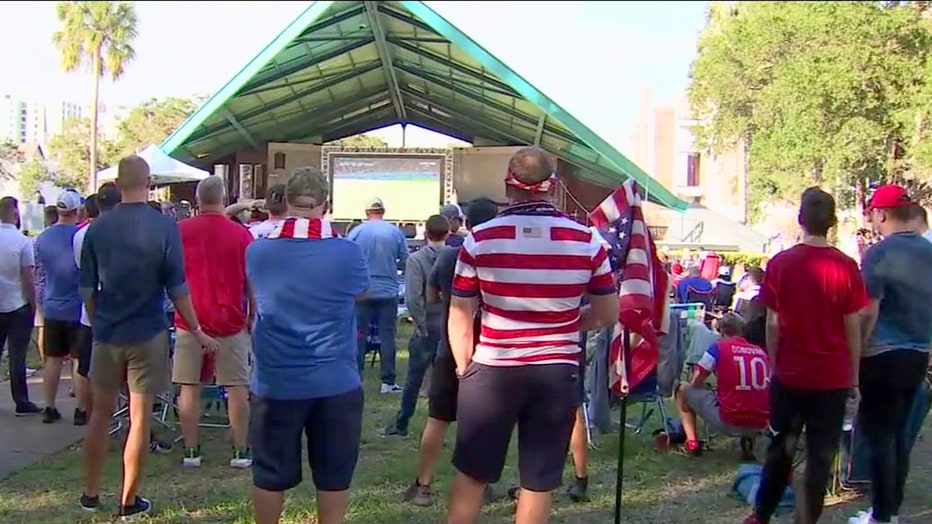 MORE: How to watch the World Cup in the Tampa Bay area

If the United States is among the two best teams in their group, they will advance to the next round.