ST. PETERSBURG, Fla. - After seven years of Rick Kriseman at the helm, residents in St. Petersburg, so far, seem to agree to let his policies and priorities continue through a new candidate.

As the polls close and early returns come in, Mayor Rick Kriseman's favored successor, Ken Welch has declared victory in the city's mayoral race. If elected, Welch would be the city's first Black mayor.

In a race that began with a crowded field, the runoff election came down to the former Pinellas County Commissioner and St. Pete City Councilman Robert Blackmon.

In a statement released just after 7 p.m. Tuesday, Welch thanked his supporters. 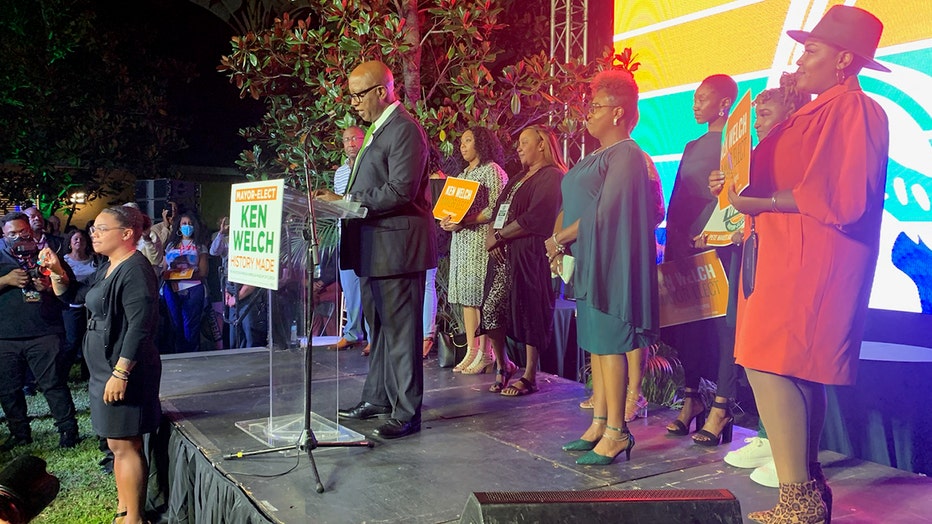 "You play to the last whistle, and we are going to continue to run right until the last ballot is cast 7 p.m.," Welch previously told FOX 13.

Welch points to his track record as a commissioner, creating workforce housing. Blackmon says, unlike his opponent, he isn’t a career politician and has a cheaper plan to fix St. Pete’s aging city marina.

Blackmon touted himself as a fiscal conservative. The latest poll showed him trailing Welch by 16 points, according to Florida Politics.

"A poll like that excites me," Blackmon told FOX 13 Wednesday. "I like the idea of being the underdog. It’s always the position you want to be in. I’m always happy to have people underestimate me."