Chief Anthony Holloway talks about his start in law enforcement

ST. PETERSBURG, Fla. - The man in the top spot in the St. Petersburg Police Department got his start in law enforcement at a time when departments were hiring minorities in an effort to diversify their forces. More than 30 years ago, Anthony Holloway had just graduated from high school and thought a job with Clearwater PD would be a fine place to start.

St. Petersburg Police Department Chief Tony Holloway is proud of his achievements, from graduate school to his time in the Navy to courses with the Department of Homeland Security and the FBI.

But the certificates and degrees are not among Chief Holloway's most cherished accomplishments.

A letter from a child he received in 2015 is his most prized.

"It says ‘thank you for everything you do to protect us,’" Holloway said. "Because this is the most important thing, when a kid gives you this. It really means the most."

Holloway was born and raised in Tampa. He learned the importance of helping others from his mom and his close-knit Sulfur Springs community. 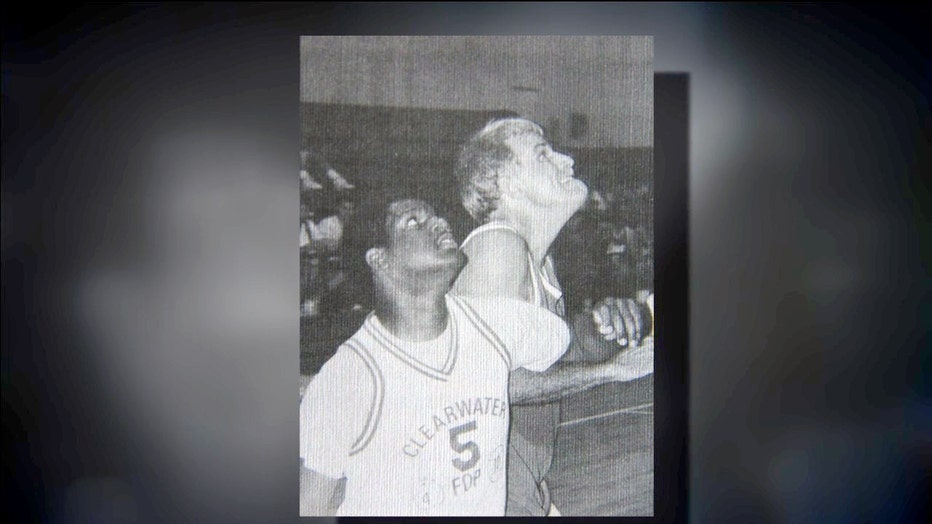 "When I was growing up, it was a neighborhood, because everybody watched out for everybody," Holloway said.

He loved to play sports and wanted to play professionally until he got injured. He remembered two officers who helped him stay on the right track.

"I just started thinking about becoming a police officer and going back to Officer Northrop and also Officer Monroe, that worked in the neighborhood, and saw what they did for me when I was growing up and really curb my career," Holloway said.

He graduated from Hillsborough High School in 1980 and then joined the Clearwater Police Department when they were looking to hire more minorities.

"So I said, 'Oh let me just try this and I'm going to go do this for a short period of time. And then maybe I'll join the feds, become an FBI agent or DEA,'" Holloway recalled. "And 36 years later, I'm still with local law enforcement." 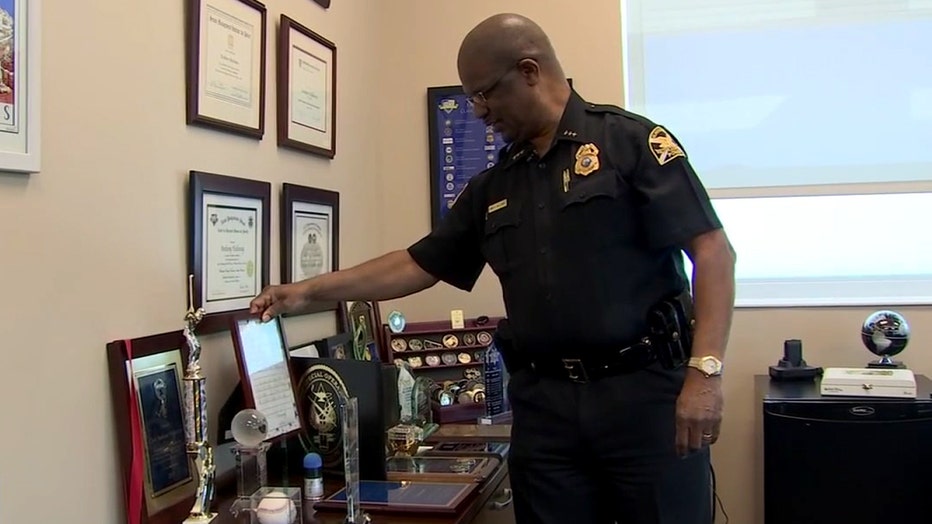 He retired from the Clearwater Police Department in 2007 and took a job as police chief in Somerville, Massachusetts.

He's proud of the work that he does for the public.

"There's always retirement and future, but right now. I enjoy working in the community. So until that part leaves me, I will be here each and every day," Holloway said.

Chief Holloway started many innovative programs, like Park Walk and Talk,  Operation Graduate. He also serves on numerous committees both locally and nationally.