TALLAHASSEE, Fla. - After the loss of roughly $350 million a year in payments from the Seminole Tribe of Florida, House and Senate leaders are rethinking the state’s approach to gambling, one of the Legislature’s most-complicated and elusive issues.

The shift in direction could be good news for the state’s pari-mutuel operators.

“What we need to start doing is looking at what’s available to us on the private side of the equation, versus just the compact,” Senate President Bill Galvano, R-Bradenton, told The News Service of Florida.

House Speaker José Oliva said in a telephone interview he agrees with Galvano, who was the Legislature’s chief negotiator in a deal between the state and the tribe, called a “compact,” signed in 2010.

Passage of a sweeping gambling bill during the upcoming legislative session, which begins in January, remains a long shot.

Successful gambling legislation “has suffered from its own complexity and its many layers for years,” Oliva, R-Miami Lakes, said. 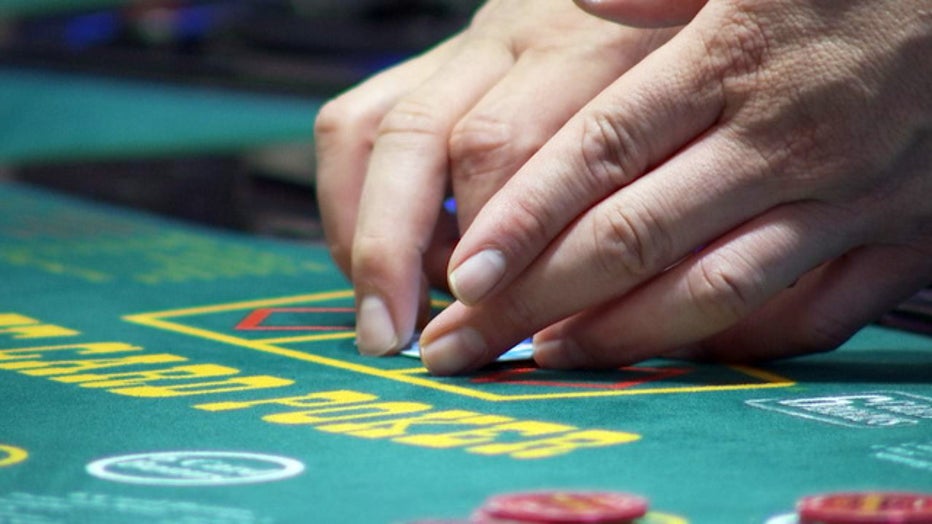 “And I don’t think that this year will be terribly different. We do have a governor that has fresh eyes and wants to see all of the options, and we have in President Galvano somebody that understands the issue in depth and wants to explore all options, and I’m certainly open to it as well,” he added.

The Legislature and Gov. Ron DeSantis this spring were unable to seal a deal between the Seminoles and the state aimed at resolving a protracted legal battle over controversial “designated player” card games operated by many Florida pari-mutuels. A federal judge found the designated player games violated a compact between the tribe and the state in which the Seminoles agreed to pay about $350 million a year in exchange for the “exclusive” rights to operate banked card games, such as blackjack, at most of its Florida casinos.

Sen. Wilton Simpson, a Trilby Republican who will take over as Senate president following next year’s elections, worked out a tentative agreement with the tribe during the 2019 legislative session. Under that proposal, the Seminoles would have paid the state at least $500 million a year, in exchange for a number of conditions, including a pledge that the state would shut down the pari-mutuels’ lucrative designated player games.

But, presented with the outlines of the agreement near the end of the spring session, DeSantis, who took office in January, refused to sign off on the deal, saying he needed more time to explore the issues.

Not long after the session ended in May, the Seminoles told the governor in writing they would stop making the annual payments to the state “until the illegal banked card game issue is resolved,” referring to the designated player games.

By then, the House and Senate had already decided not to include the tribe’s annual revenue-sharing payments in the state’s $92 billion budget.

Galvano, a lawyer, said the “ship has sailed” on whether the state can live without the money from the compact.

“The underlying point is, financially, we’ve moved on from the tribe. We didn’t rely on the revenue share last budget and there’s no reason to believe we have to recreate that revenue share going forward,” Galvano said. “If we’re not getting revenue, there’s no reason to provide exclusivity (to operate banked card games). We realize it’s a new day, so we’ll take it from there.”

Instead of focusing on how much the tribe will pay for exclusivity, Galvano and Oliva are open to examining how much the state could reap if the Legislature delivers on the pari-mutuels’ wish list.

Lawmakers should “start looking at all those other opportunities, because if we can operate without the cloud of exclusivity and increase revenues for the state of Florida, then let’s do it,” Galvano said.

But there’s a hitch that will make the already-knotty gambling issue even trickier.

In November, Florida voters approved a constitutional amendment that will require statewide votes on future expansions of gambling. Those decisions previously had largely been in the hands of legislators.

The constitutional amendment “requires a vote by citizens initiative” for “casino gambling” to be authorized in Florida. “Casino gambling” is defined as “any of the type of games typically found in casinos” and that are defined as “Class III gaming” under federal law. Class III games include slot machines, blackjack, craps and roulette --- and sports betting.

Galvano said lawmakers have the ability to put their own gambling-related constitutional proposals on the ballot, such as “repealing that amendment and restoring the (Legislature’s) ability to expand gaming.”

Galvano also contends that, while the Legislature could authorize sports betting through passing a statute, lawmakers “could push that constitutionally” as an extra precaution.

The Senate president maintains the legalization of sports betting would not trigger the citizens’ initiative requirement, a position disputed by John Sowinski, the campaign manager of the political committee behind last year’s constitutional amendment.

“The Legislature neither has the authority to enact or propose an expansion of casino gambling in the state. Period,” Sowinski told the News Service.

Lawmakers still have the power to regulate pari-mutuels, and Galvano said he wants to look at regulations that can be addressed in state law, such as allowing pari-mutuels to relocate their permits, have longer operating hours and increase bet limits. Such perks would be especially beneficial to pari-mutuels in Broward and Miami-Dade counties, which have slot machines.

For years, pari-mutuel operators --- typically family-owned companies that have been in business for decades --- have complained that the state’s compact with the tribe put them at a competitive disadvantage. Lawmakers, too, have grumbled that the compact amounted to a sweetheart deal for the Seminoles, whose Tampa Hard Rock facility is one of the world’s most-profitable casinos.

Oliva pointed out that lawmakers have to make sure they represent all Floridians, including pari-mutuel business owners.

The speaker said his priority “is to come to some set understanding of what gaming looks like in Florida,” to provide certainty and predictability to pari-mutuel operators.

Reaching resolution on the issue won’t be easy, Oliva conceded.

“If the past is any indication, the odds are not great. But there’s a building pressure. If there’s not going to be a workable compact with the tribe, then we do have to figure out in what way are we going to manage gaming in the state, and what are going to be the proceeds of that to the taxpayers of the state,” he said.

Senate leaders haven’t ruled out another compact with the Seminoles, whom Simpson called “honorable” but “very, very tough” negotiators, and legislation that could aid the pari-mutuels and result in more money for the state.

“When you look at the magnitude of the dollars from the compact, ultimately, I think we hope we can work them both out,” he said. “If you cannot do that, then I think what the president is saying, find another way to get those resources. But you really have to think of it in terms of both, not each.”