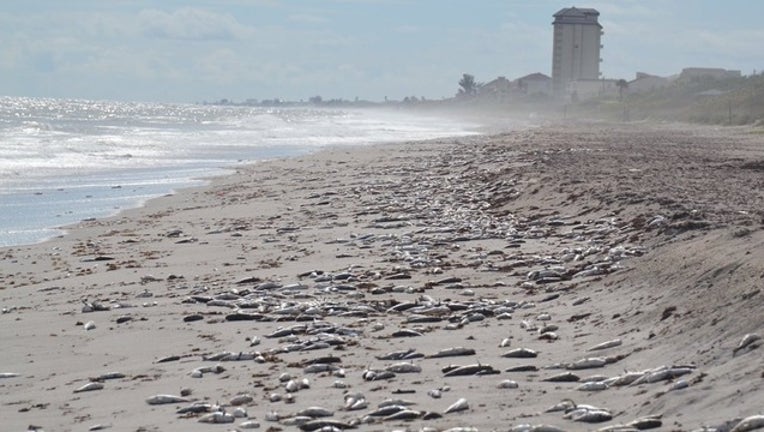 TALLAHASSEE, Fla. (NSF) - A task force focused on red tide outbreaks along the Gulf Coast has been reorganized within the Florida Fish and Wildlife Conservation Commission.

Gov. Ron DeSantis announced the revised panel, tasked with studying the causes of red tide, during a press conference Friday at the SandBar Tiki & Grille in Englewood.

The panel, comprised of researchers and scientists, has been inactive and unfunded for about 15 years. DeSantis called for it to be renewed shortly after he took office in January, following a massive red tide outbreak last year.

"One of the things that I’ve certainly been concerned about is whether these nutrients being pushed in from Lake Okeechobee into the fresh water exacerbated the red tide," DeSantis said Friday. "Some people think so. I don’t think we know definitively."

State lawmakers included $4.8 million for the FWC's red-tide efforts in this year's state budget. The source of red tide outbreaks in Florida and the Gulf of Mexico is blooms of a single-celled organism called Karenia brevis algae, which produces toxins that kill fish, birds, sea turtles, manatees and dolphins and can cause shellfish poisoning in humans.

The blue-green Algae Task Force, with $10 million in state funding, held its third meeting Thursday in Fort Pierce. In June, DeSantis signed into law an initiative between the state and Sarasota-based Mote Marine Laboratory that includes $3 million a year for the next five years to research the causes and impacts of red tide.