Team returns shopping carts to where they belong

TAMPA, Fla. - Members of the Steinbrenner High School Varsity football team are returning shopping carts to where they belong.

People putting shopping carts where they don't belong causes them to end up anywhere, but it's taking a team effort to bring them back. The coaching staff believes building a winner starts with the little things.

"It kind of works with football because if everyone does their part we’ll have good things," says Nathan Staggs, a senior at Steinbrenner.

They hope those good things will begin a comeback story. In 2019, Steinbrenner made a run at the state championship. They had a winning culture before the COVID-19 pandemic.

"COVID showed its ugly face, and, sure enough, our kids were separated and ever since then, it’s never been the same," said Andres Perez-Reinaldo, Steinbrenner’s head football coach. 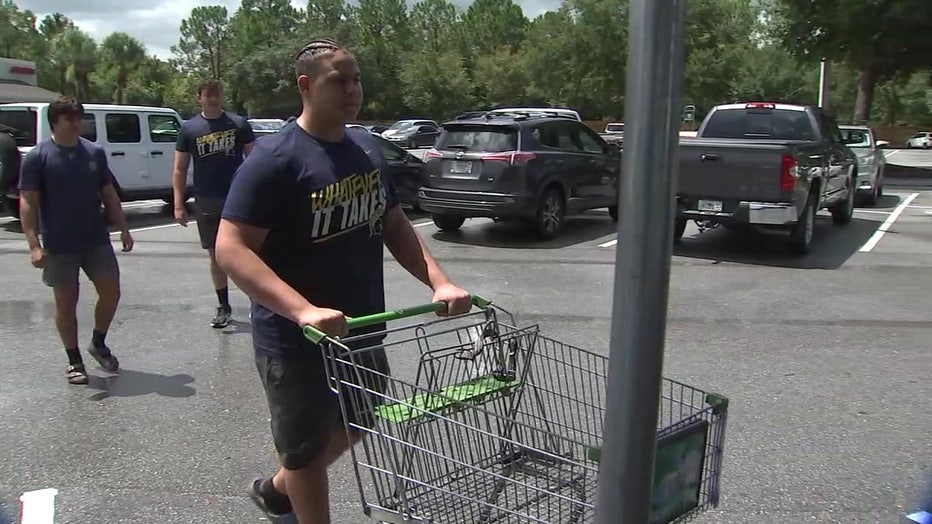 They knew they had to do something, and they had to do it as a team. The team decided to start with the little things, like always returning their shopping carts. It's the starting place to build integrity and team culture.

"It shouldn’t be about how many carts you return, it should be about your character," said Steinbrenner player Kirby Voorhees.

Their "cart return campaign" is already a winner on social media, and it’s gone viral. But, that’s not the kind of win they’re after.

"It’s not a hashtag, it’s not a TikTok trend or a TikTok dance, it’s really something that is common sense," said Austin Dacanay, Steinbrenner’s running backs and special teams coach.

To do the right thing when no one is watching is a win that leads to even bigger wins.