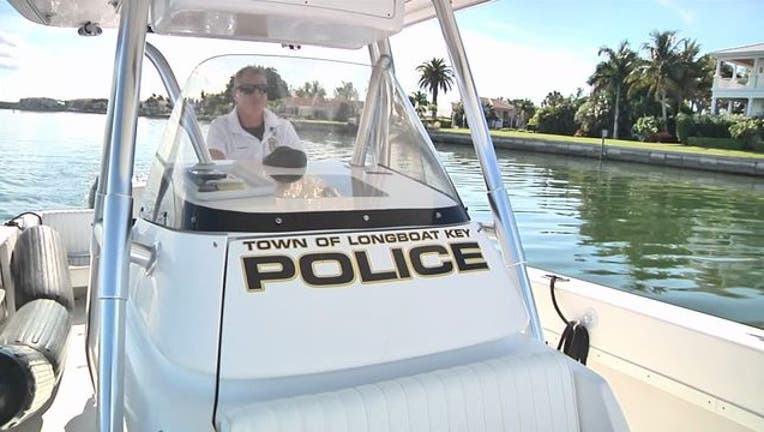 LONGBOAT KEY (FOX 13) - Something big was missing from the backyard of Nancy Guernsey's in-laws: Their 30-foot boat was gone.

"I came over to check to see if the boat was here and it wasn't," she said.  "He said, 'The boat is missing! Call the police!'"

Where it went was a mystery.

"Nothing else seemed to be bothered.  Just the boat," she continued.

As Longboat Key police began investigating, another attempted boat theft was reported.  They also soon discovered that two more boats were stolen in Sarasota and two more in Hillsborough County.

Officers began to suspect a crime ring from Miami that has a knack for stealing boats.  The craft often turn up in Cuba or Mexico.

That is where this missing boat was spotted.

Investigators said the group is responsible for thefts around Florida.  Fourteen boats were reported stolen from Levy County up north all the way to Monroe County in the Keys.

Officers say an easy way to make sure you won't become the victim of a boat theft is to keep your boat locked up and make sure your keys aren't anywhere visible.

"If you can disable the electrical power to the lift system, it would be great.  If you could wire it into your house, that would be even better," offered Officer Dan Bidwell.

Police want everyone to keep their eyes open.