LOS ANGELES - Several major retailers have announced they will once again be shutting their doors on Thanksgiving Day 2021, offering employees a much-deserved day off after a tumultuous 2020.

Companies such as Target and Walmart announced similar plans, noting how well they were able to adapt last year during the pandemic to faster shipping methods for online shoppers and create seamless curbside pickup for in-store orders.

Here is a list of stores closing on Thanksgiving Day 2021: 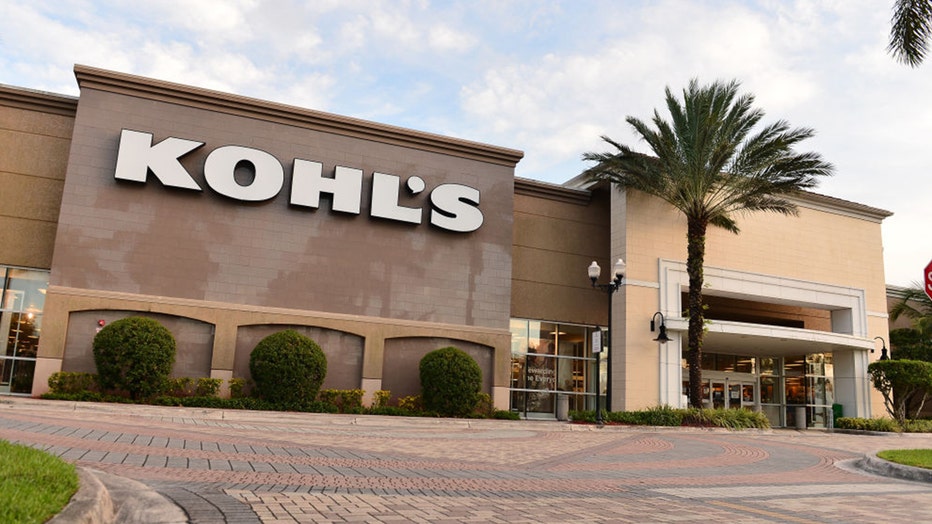 FILE - A view outside a Kohl's store.

Kohl’s announced on Thursday it will be closing its doors on Thanksgiving this year, joining a growing list of major retailers that have made plans to do the same.

The retail store cited feedback from shoppers after last year’s closure due to the COVID-19 pandemic and plans to offer the same online deals ahead of one of the biggest shopping days of the year — Black Friday — just as it did in 2020.

"The decision comes after positive response from last year's closure on Thanksgiving Day, as well as evolving preferences in how and when customers want to shop during the holiday season. Kohl’s served millions of customers both in store and online throughout Black Friday week last year, and we look forward to delivering that same incredible experience to our customers again this year," according to a company news release.

Holiday hours, as well as hours for the week of Black Friday, will be announced at a later date, the company said.

The retail corporation made the announcement to close stores on the holiday after navigating the challenges of the 2020 holiday season.

"Our resilient team members used all they’d learned in 2020 to bring those experiences to life—and our results show those efforts resonated," the company said in a statement.

Companies leaders said their data showed customers faired very well during the holiday shopping season in November and December 2020. According to Target, customers bought 150 million items using the store’s drive-up and order pickup options, more than four times the amount during the same time period in 2019.

"Sales on same-day services grew 193 percent," Target said in its January statement, comparing the figures to 2019. "Drive Up grew more than 500 percent. Approximately 95 percent of Target’s sales were fulfilled by its stores."

Walmart commended their employees for last year’s work, calling their actions "nothing short of heroic." The big box retailer made the announcement

June 4, saying all of its locations in the United States will close on Nov. 25 as a "thank you" to employees "for their continued hard work during the pandemic."

"Throughout the pandemic, our associates have been nothing short of heroic in how they have stepped up to serve our customers and their communities," said Dacona Smith, executive vice president and chief operating officer for Walmart U.S. "Closing our stores on Thanksgiving Day is one way we’re saying ‘thank you’ to our teams for their dedication and hard work this year. We hope everyone will take the opportunity to be with their loved ones during what’s always a special time."

Stores will operate regular posted hours on Wednesday, Nov. 24. Walmart has not yet revealed store hours for Black Friday on Nov. 26 and says that information will be announced at a later date.

The tech retailer announced it plans to offer Black Friday deals online and in the Best Buy app, allowing customers a safe and contactless shopping experience.

"Last year, thanks to the extraordinary work of our employees, we helped millions of customers with their holiday shopping during Black Friday weekend. We offered all of our hottest deals online, expanded our curbside pickup options and developed faster shipping methods to ensure customers had what they needed in time for the holiday," a Best Buy spokesperson told FOX TV Stations.

The sporting goods retailer announced in February stores will be closed on Thanksgiving Day and will reopen on Black Friday.

"We closed our stores and distribution centers last year on Thanksgiving as a way of saying 'thank you' to our teammates for navigating all the stress and strain of 2020 and to encourage our teammates and customers to spend time with their loved ones," said Lauren Hobart, DICK'S Sporting Goods President and CEO. "This year, we wanted to give our teammates plenty of notice that we will be closed again, so they have the opportunity to plan for their annual traditions – whether it's participating in a fun run, watching football or enjoying Thanksgiving dinner."

Curbside and contactless pickup will be offered on Black Friday, the company added.