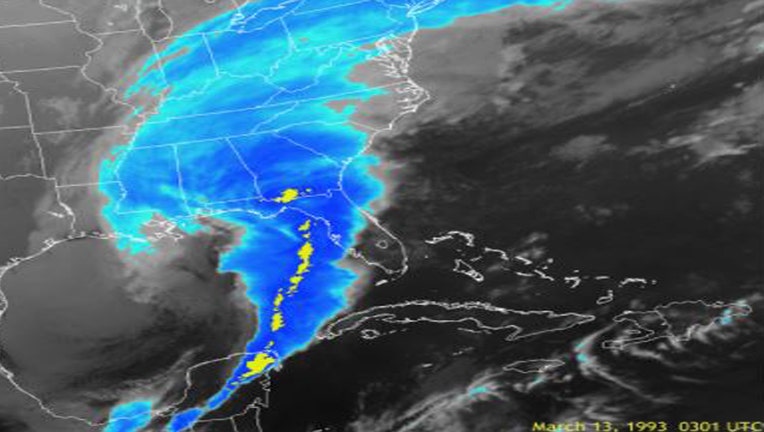 TAMPA, Fla. - A superstorm that produced wind gusts over 90 mph, tornadoes, and a devastatingly deadly storm surge struck Florida and the eastern United States late on March 12 and early in the morning on March 13, 1993, according to the National Weather Service.

Many Florida residents called it the ‘No Name Storm,’ because they say it was an unnamed March hurricane though which was much larger than a hurricane. Up north, it was called the ‘Blizzard of the Century,’ because it dropped temperatures, dumped snow, broke trees, and knocked out power over a wide swath from Alabama and Georgia to Maine.

According to the National Weather Service, the storm caused $2 billion in property damage across portions of 22 eastern U.S. states with most of the damage in Florida.

According to the National Weather Service, five days before the storm made landfall, computer models were forecasting a rapid development of intense low pressure over the Gulf of Mexico. 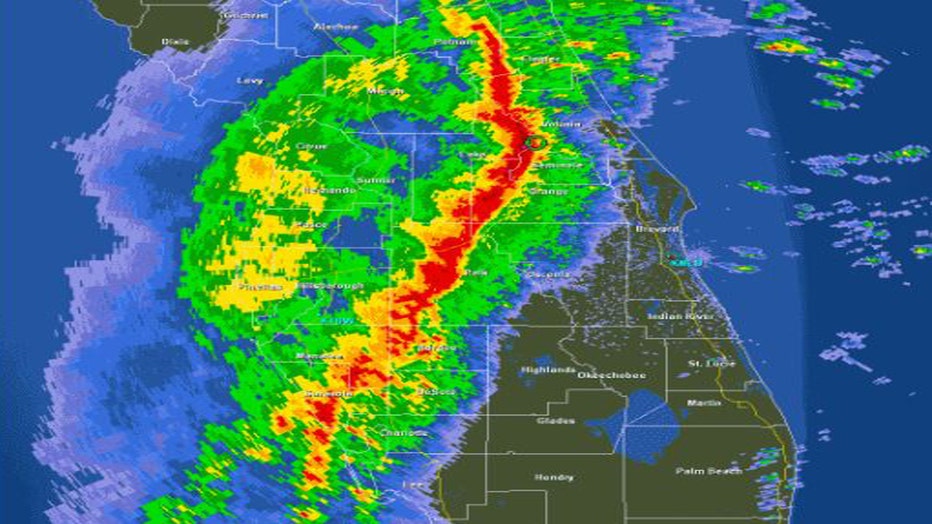 As the week went on, the numerical forecast models continued showing the same unbelievable development. Upstream, the arctic, polar and subtropical jet streams were merging and a deep flow of tropical moisture over the Gulf of Mexico was coming north from the Caribbean Sea. These merging factors set the timer for the impending explosion. Some forecasters referred to it as a "meteorological bomb."

The storm’s strongest winds were recorded at:

According to the National Weather Service, the fast-moving squall line produced 59,000 cloud-to-ground lightning strikes and at least 11 tornadoes in Florida. Three people died as a result of the F2 tornado near Chiefland in Levy County and several others were killed in tornadoes in Alachua and Lake Counties. 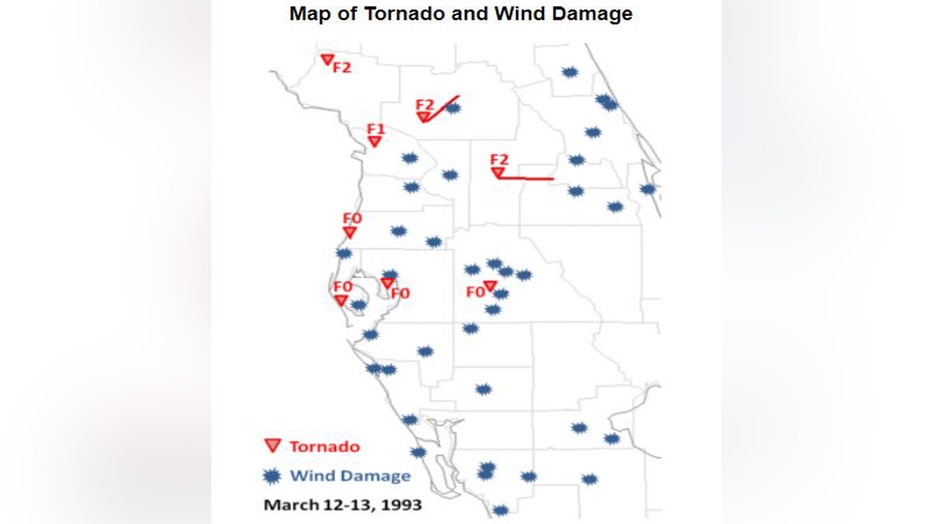 According to the National Weather Service, advanced warnings saved lives with less than 100 direct casualties – half of whom were on vessels in seas estimated as high as 65 feet. Another 118 people perished from indirect causes with many dying during the post-storm cleanup.