TAMPA, Fla. - The national nonprofit StoryCorps travels the country, creating recordings of the American experience in stories told by those who lived them. The recordings are broadcast online and on media like NPR. They're also stored in the Library of Congress, and this week, StoryCorps is collecting stories from residents around Tampa Bay.

These recorded sessions will live on to give current and future generations new appreciation for the history and traditions of one of Florida's most populous and fastest-growing areas.

StoryCorps says it seeks to preserve and share humanity’s stories in order to build human connections. Its mobile tour launched in 2005, capturing conversations between friends, families, colleagues and others.

"Now, more and more people are getting engaged and seeing the significance of archiving stories from their family, from their city, from their town, in a way to preserve it so that those in the future can see what’s happening now," said Natasha Herring, the interim site manager for the StoryCoprs Mobile Tour.

WUSF is hosting the tour in downtown Tampa at USF CAMLS to create a safe and socially distanced environment.

"Our region is full of incredible stories, and each story begins with one person," said WUSF General Manager JoAnn Urofsky. "With StoryCorps, we continue our mission to be where our audience is and engage people in the community wherever we can. As a public media organization, we are eager to be part of our listener’s lives – and with this project we can help provide that community gathering place and bring people’s stories to each other." 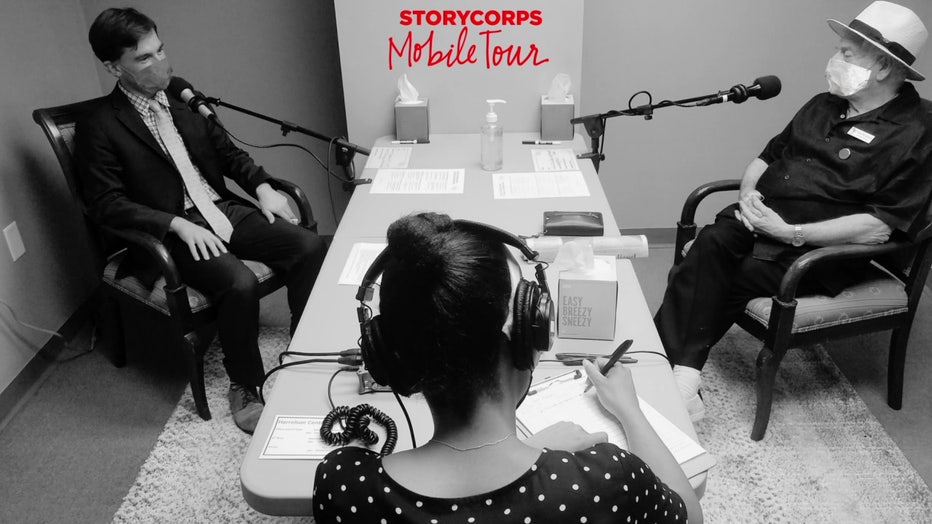 StoryCorps has also launched a program where participants may contribute, virtually.

"For example, if someone lives in Tampa and their loved one lives in Italy currently, but they want to talk with them, we allow for conversations in that capacity, as well, so that’s something that’s opened up in the virtual space," said Summer Cody, the tour's facilitator.

StoryCorps believes these conversations allow for meaningful moments to happen and be captured for the historical record, keeping memories for future generations in a way not possible before.

"I think it’s important for generational reasons, you get to have the voice of your grandmother on record for your great-great-grandchildren to hear."

The mobile tour is in Tampa through February 12. For more information about how to participate visit https://wusf.org/storycorps/.