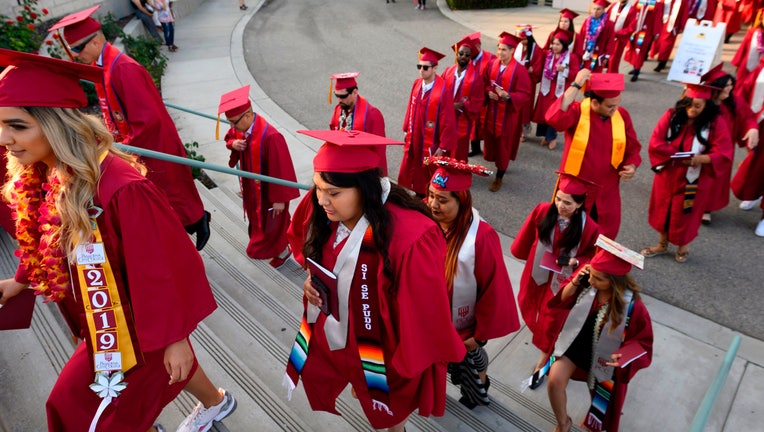 With the federal moratorium on student loan payments set to end in less than two weeks, will the Biden administration extend the freeze? Industry leaders say yes.

"While I don't have an announcement here today, I will tell you we're having conversations daily with the White House, and borrowers will know directly and soon from us when a decision is made," Education Secretary Miguel Cardona told "CBS Mornings" Tuesday.

Payments for federally backed student loans have been suspended since the pandemic began in March 2020 — they’re set to resume Sept. 1 unless the Biden administration steps in. On recent earnings calls, two CEOs of student loan servicing companies told investors they believe such a move is likely.

"I guess our sources are the same as yours, what we read in the press and what ... some of our former colleagues in the direct-loan servicing business talked to us about," Navient CEO Jack Remondi said on an earnings call July 27. "And that has just been that the department has said don't communicate with customers yet. I think given where we are in the calendar and the end date of Aug. 31, it's hard for us to believe that it does not get extended."

In March, the St. Louis Federal Reserve Bank warned that resuming loan payments could place a heavy burden on borrowers who faced financial hardship during the pandemic. It said the impact would be hardest on Black families, who are more likely to rely on student loans to pay for college.

"Serious delinquency rates for student debt could snap back from historic lows to their previous highs in which 10% or more of the debt was past due," the bank said.

Student loan debt in the US 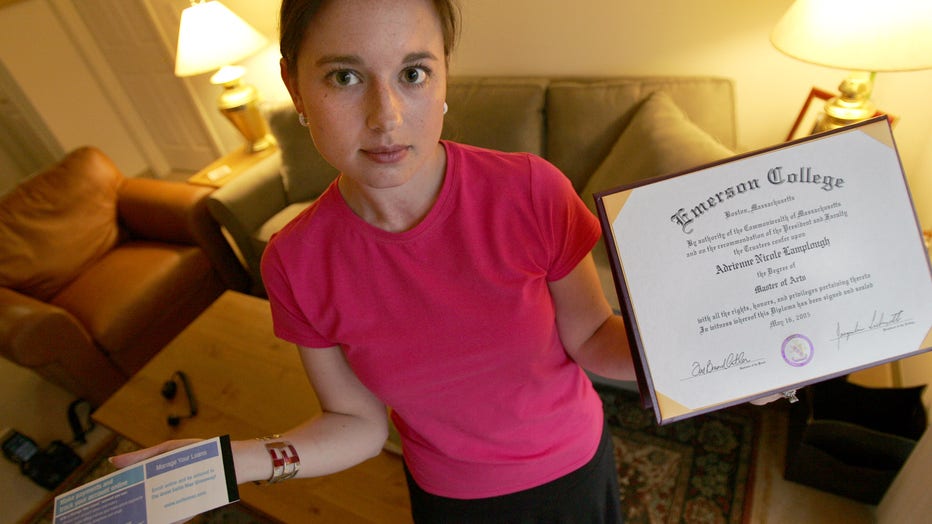 More than 43 million Americans owe a combined $1.6 trillion in student debt held by the federal government, according to data from the Education Department. That includes more than 7 million borrowers who have defaulted on student loans, meaning they are at least 270 days late on payments.

According to the Education Data Initiative, 92% of all student loans are backed by the federal government.

In 2016, the average monthly student loan payment was $393. Adjusted for inflation, that figure is more than $460 today, according to the Education Data Initiative. 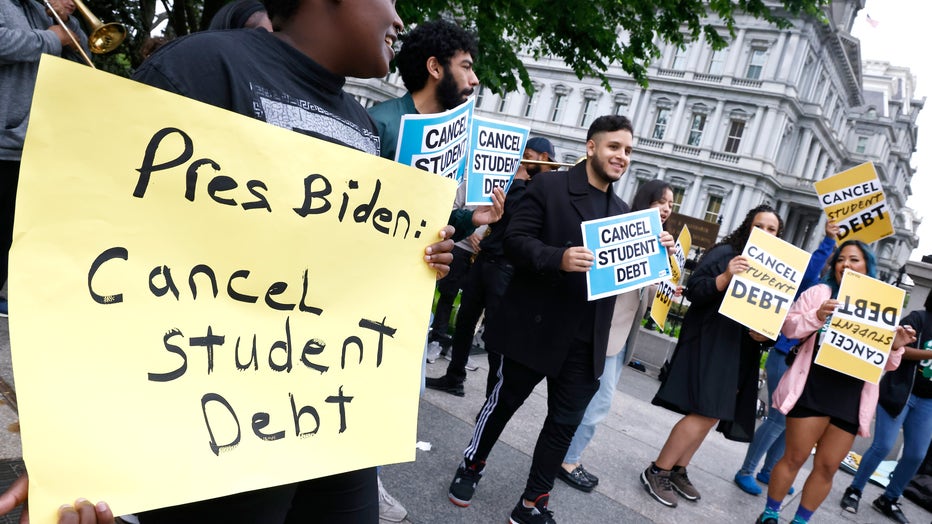 Student loan borrowers gather near The White House to tell President Biden to cancel student debt on May 12, 2020 in Washington, DC. (Photo by Paul Morigi/Getty Images for We, The 45 Million)

President Joe Biden supported debt cancellation as a presidential candidate and has been considering erasing up to $10,000 per borrower. He recently promised a decision by the end of August. Some Democrats in Congress have been pushing Biden to cancel up to $50,000 in student debt for each borrower, but the president has said he does not support the increase.

In April, the U.S. Department of Education announced changes to its income-driven repayment program (IDR), which was expected to bring immediate debt cancellation for at least 40,000 borrowers and help millions of others lower their debt.

Who qualifies for student loan forgiveness under the new changes?

Last month, his administration proposed several changes to the repayment system that would make it easier for borrowers to get their federal student debt forgiven through several existing programs.

RELATED: Former ITT Tech students get $3.9B in debt cancellation

The new rules would smooth out a debt forgiveness process for students whose colleges deceive them, along with other programs for borrowers who are disabled and those with careers in public service.