PINELLAS COUNTY, Fla. - Tucked away in a Pinellas industrial park, there's a tiny warehouse where students are chasing colossal dreams.

"I would love to go down as you know one of the greatest professional wrestlers of all time," said Seve Geyer, a student.

FOX 13 went inside the Wrestling Lab, a professional wrestling training school run by long-time pro Jay Lethal. He's granted us rare behind the scenes access to his latest group of superstar hopefuls, most of whom are brand new and barely a month in.

"There's really no guarantee, and it's going to take a lot of dedication to make it to a Rock or John Cena level, but at least being here at the Wrestling Lab you learn from the ground up to at least be able to have your dream of being in the ring and in front of the crowd," said Coach David Olivieri.

For now, the students are focused on the basics, and in wrestling, that means learning how to take many bumps or falls. 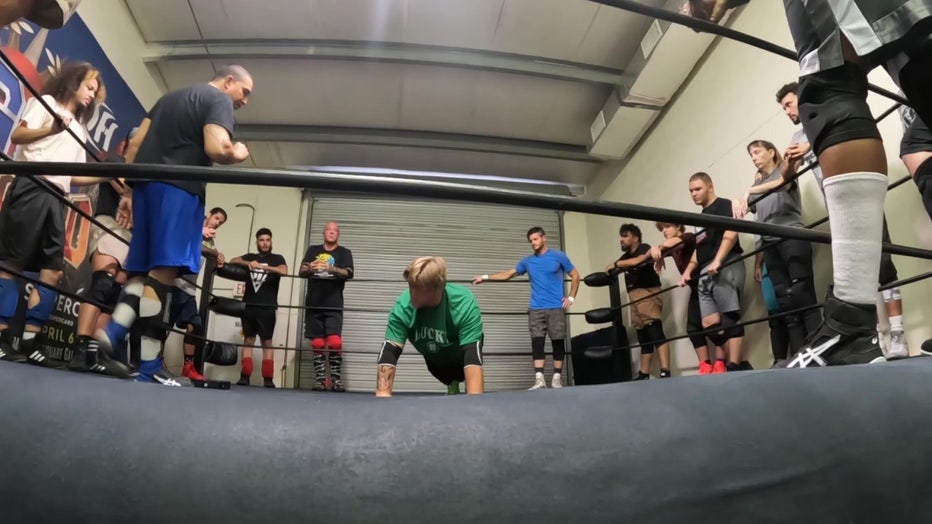 "It is a different type of sore when I woke up, and I love it. I want to keep going, I’m addicted to this," said Geyer.

That passion is a common thread here, and for most, it starts young.

"I used to watch wrestling all my life with my dad," said Michel Abreu, another student.  "I grew up watching Eddie Guerrero, watching him is why I’m here."

Abreu is a warehouse worker by day, but three times a week he's lacing up his boots and working on his craft. For him, this is art.

"At the end of the day that’s why we're here, we have the love for the business, but we're here to take care of each other," he said.

Longtime veteran and former WWE superstar and current All Elite Wrestler Matt Sydal even joined a class to give an extra set of eyes. 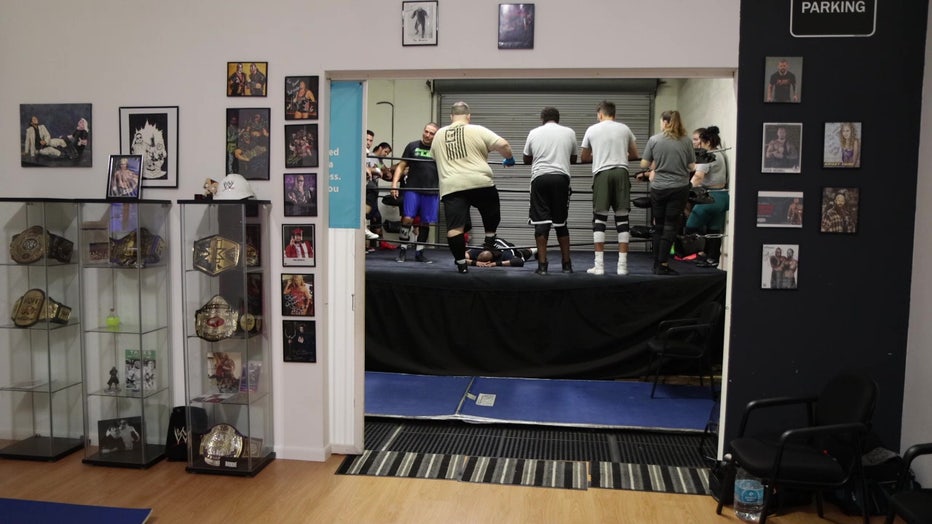 "You have to be about that grind, you have to be willing to outwork people, because it’s an individual sport," Sydal said.

The hours of blood sweat and tears break some, but in others, the pressure can create diamonds.

"The difference between week one and week eight, these are different people," Sydal said.

They may be a long way off from a WrestleMania main-event, but these trainees are inching closer, day by day, one slam at a time.

"That was a surprising thing, when I took the bumps. It felt like something I was meant to do," Geyer said.