The Atlas V rocket blasted off from Cape Canaveral Air Force Station carrying a satellite for the U.S. Space Force at 1:37 p.m. ET. The launch was delayed by a few minutes while the team double-checked that all systems were go-for launch.

The launch was originally scheduled for Monday afternoon but was pushed a day later. 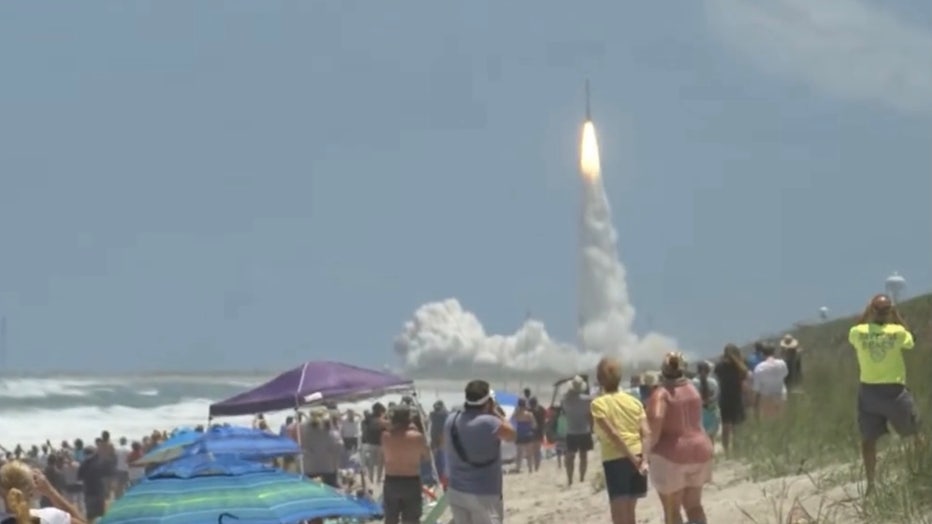 It is specifically for the fifth Space-Based Infrared System Geosynchronous Earth Orbit (SBIRS GEO-5) satellite for the U.S. Space Force and Space and Missile Systems Center.

SBIRS uses infrared surveillance to provide early missile warning for the U.S. military and is considered one of the nation's highest priority space programs. So, the SBIRS satellites act as guardians in geosynchronous orbit 22,300 miles (36,000 km) above the Earth, equipped with powerful scanning and staring infrared sensors to spot and track missile launches.

This was ULA's 144th mission and the 91st dedicated to U.S. national security. It is the 87th Atlas V launch and eighth in the 421 vehicle configuration.