Titus O'Neill among many volunteers cooking at Metropolitan Ministries

The massive coordinated effort comes in addition to the thousands of food boxes and frozen turkeys distributed through the holiday tents.

"Every meal comes with a promise of hope," the nonprofit vows.

Volunteers prepared meals from the Metropolitan Ministries Kitchen in Tampa from 4 a.m. until 9 a.m. before the efforts shifted to distribution at sites across Tampa Bay. 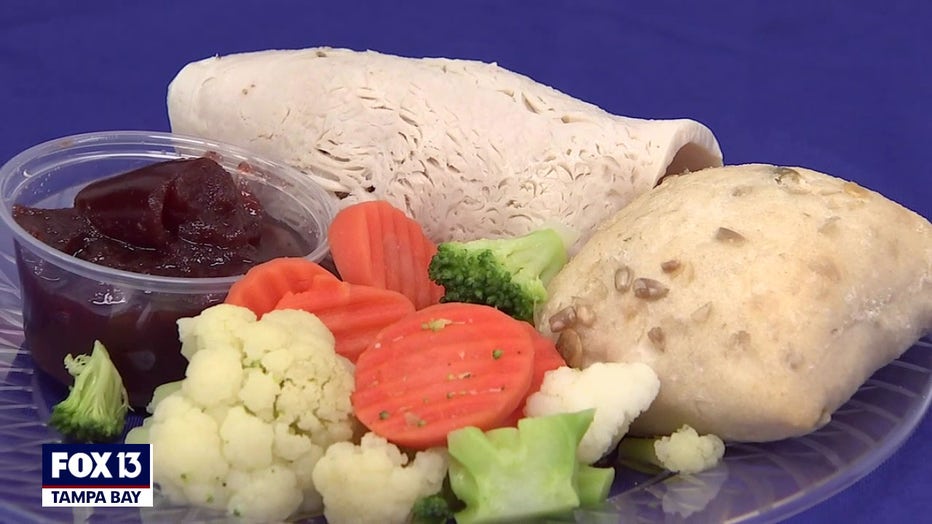 "Community grassroots effort is needed now more than ever," the group said Monday. "The organization has purchased all they can in bulk and is now asking the community to donate these items to their holiday tent locations before Thanksgiving Day. "

Shoppers across the region answered the call, closing the gap just in time for the holiday by picking up extra items for families in need and dropping them off at donation locations. 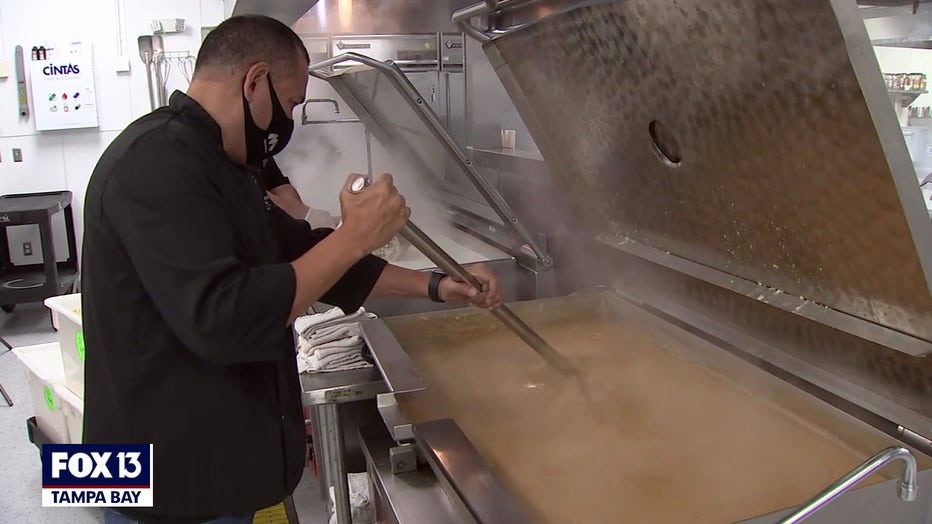 RELATED: How to give to Metropolitan Ministries for the holidays

By the numbers, Metropolitan Ministries reported that volunteers prepared 2,750 pounds of turkey, 1,800 pounds of mashed potatoes, and 100 gallons of gravy. That's not to mention 1,600 pounds of vegetables, 800 pounds of stuffing and more than 500 pies and desserts.

Organizers will take a short break after the Thanksgiving holiday, but the rest will not last long. Looking ahead to Christmas, Metropolitan Ministries said it needs 50,000 toy donations in the coming weeks.