Alcohol Guidance from the CDC

Alcohol can have very dangerous long-term effects on a person's health if abused.

This story was reported from Baltimore - More than half of American adults say they always drink on vacation, but the number of drinks vary depending on factors like age and location, according to a survey taken by The Vacationer. And that’s not all — many who were surveyed say their choice of vacation destination is influenced by what kind of alcohol may be served in the locale.

As the country begins to reopen, it’s no surprise that more people are beginning to travel again. More Americans are already traveling this year than at any point last year during the COVID-19 pandemic.

And Americans are taking all types of different vacations now that the U.S. Centers for Disease Control and Prevention has deemed domestic travel to be safe for fully vaccinated people.

While many Americans who go on vacation are looking to drink, the tendency to imbibe while on vacation tends to differ depending on a person’s point of origin, according to the survey. 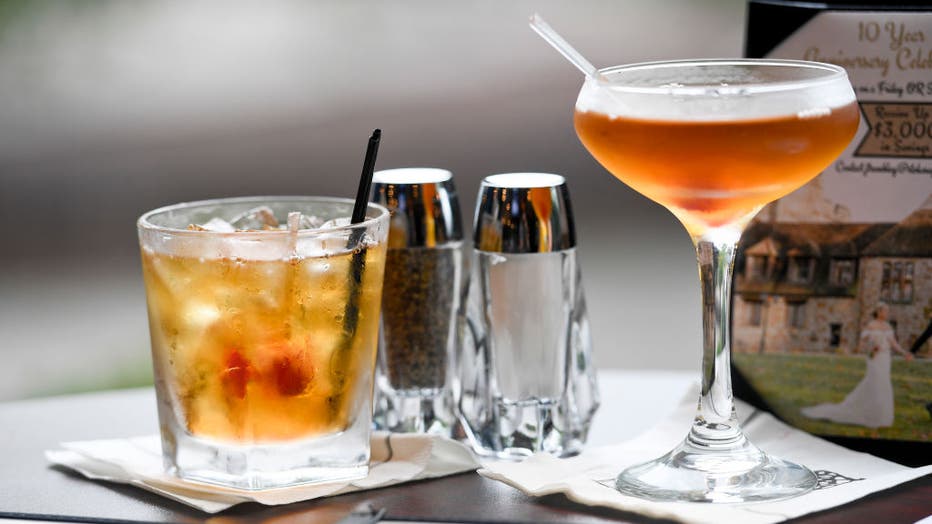 FILE - Alcoholic drinks are pictured on a table in a file image taken on Aug. 6, 2020, in Lower Alsace Township, Penn. (Photo by Ben Hasty/MediaNews Group/Reading Eagle via Getty Images)

Travelers also tend to take vacations based solely on the drinks available at the travel spot. This is more applicable to younger generations, as 36% aged 18-29 said this. More than one in five adults surveyed said they’ve made vacation decisions solely on the alcoholic drinks offered or available.

This means that a subset of people looked up their travel destination and changed their minds due to the alcohol being offered, Vacationer’s survey suggested.

According to the survey, the most popular drinks on vacation tend to be cocktails and beers. Men were twice as likely to list beer as their drink of choice than women. Twenty-eight percent of American adults surveyed also said that cocktails were their favorite alcoholic beverages on vacations.

Many people would much rather drink a beer or some wine as it’s easier to prepare, whereas things like margaritas and martinis are much more accessible on vacation because someone else is making them, the survey suggested.

Those that fall in the younger demographic claim to average at least three drinks a day while on vacation, which is more than the recommended limit for both men and women. Data from the CDC says that the limit for moderate drinking is two drinks for men and one for women.

The survey found that some American adults stated their alcohol consumption on vacation is at least 10 drinks daily.

While a night of drinking can lead to a morning of regret, 76% of the people surveyed agreed that drinking didn’t lead to any regrettable actions on vacation.