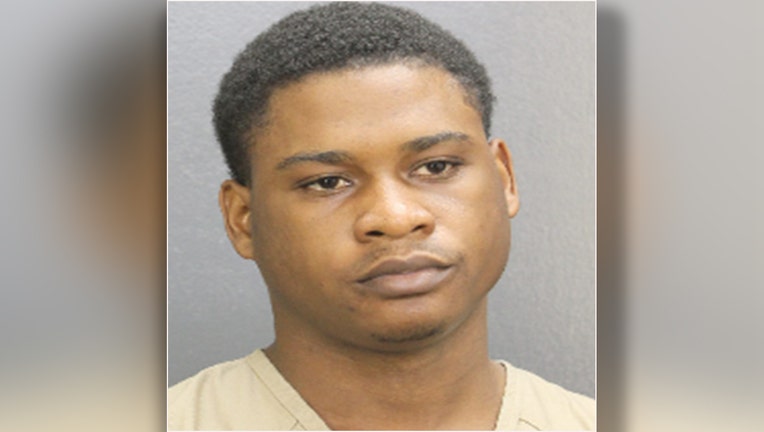 SARASOTA, Fla. - Deputies arrested Donte Johnson, 25, of Plantation, after they say he scammed an 88-year-old Sarasota man out of $63,000.

According to the Sarasota County Sheriff’s Office, the victim believed he was paying taxes for Publisher’s Clearing House winnings in advance and deposited $63,000 into two separate bank accounts. His family contacted law enforcement in October 2020.

With the help of surveillance video, detectives investigating the case identified Johnson as the suspect using the victim’s identity to withdraw money.

While executing a search warrant on Johnson’s home with help from the Broward County Sheriff’s Office and Plantation Police Department, detectives discovered more than $17,000 in cash, a stolen firearm and several electronic devices.

Johnson was arrested and faces charges of criminal use of personal identification and bank fraud. The Broward County Sheriff's Office also charged him with grand theft of a firearm.

Detectives believe Johnson stole more than $300,000 from 17 victims across the country. Additional charges are pending.

"It is with credit to our Special Victim’s Unit that this criminal is behind bars," said Sarasota Sheriff Kurt A. Hoffman. "These detectives work hard to protect our most vulnerable populations, but it is on all of us to look out for our elderly and one another. The message here is to take caution for both yourself and the ones you love. Remember, if it seems too good to be true, it probably is."

According to the Publishers Clearing House website, no payment, fee, tax, or any amount is ever required to claim or receive a prize in a PCH giveaway.