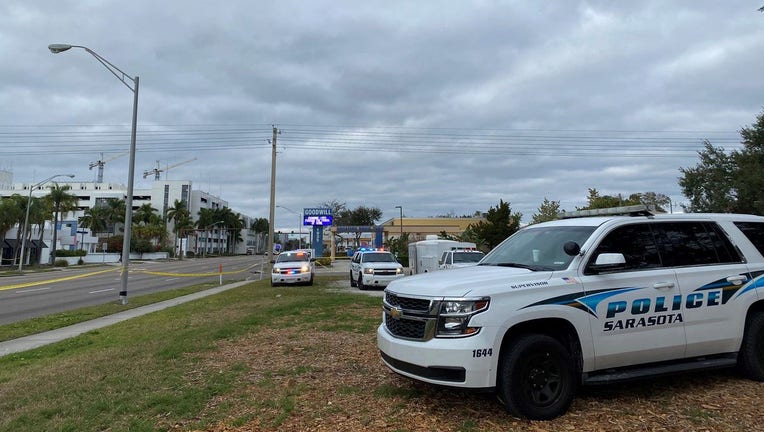 SARASOTA, Fla. - A Sarasota FedEx office was evacuated Saturday afternoon after a suspicious package was delivered, according to the Sarasota Police Department.

Police say they were dispatched to the FedEx office located at 1901 S. Tamiami Trail shortly after 2 p.m. because they received several abandoned 911 calls.

Officers say when they arrived to investigate, employees told them that a suspicious package was delivered around 1:30 p.m.

Police say they evacuated the FedEx and the immediate area based on employee statements. Members of the explosive materials unit investigated the package and determined it was not suspicious in nature.

North and southbound lanes of the Tamiami Trail were closed between Hillview and Datura as police investigated. All lanes are now open.

No charges are expected.