BRANDON, Fla. - A man having a mental health crisis showed up to a Brandon car wash and started shooting Thursday, according to the Hillsborough County Sheriff’s Office.

Deputies responded to the Wash Up-Brandon car wash on Brandon Boulevard just after 12:45 p.m. to reports of shots fired, and investigators ended up arresting Daniel Lighty, 35, of South Carolina.

"We were with clients. It was a little busy in there and out of nowhere we hear a bunch of rapid gunfire shots," said Ricky Nguyen, who works at a nearby nail salon.

Lighty showed up and started a Facebook live while approaching a customer, and employee Laz Hernandez said he walked over and asked him to stop.

SkyFOX view: Man in custody after gunfire reported in Brandon

The view from SkyFOX showed deputies swarming a man at a Brandon car wash, then later loading him into an HCSO truck.

"He came in. He was harassing one of the customers. I went over there to stop him from doing that. He didn't take kindly to that," said Hernandez, who is seen in the video.

Then Hernandez said he was three feet away from a gun.

"He had it in a holster on his waistband. He pointed it at me and said, ‘I don’t want to shoot you.’ [He] put it back, pulled it out again, and then eventually ended up shooting next to my head," said Hernandez. 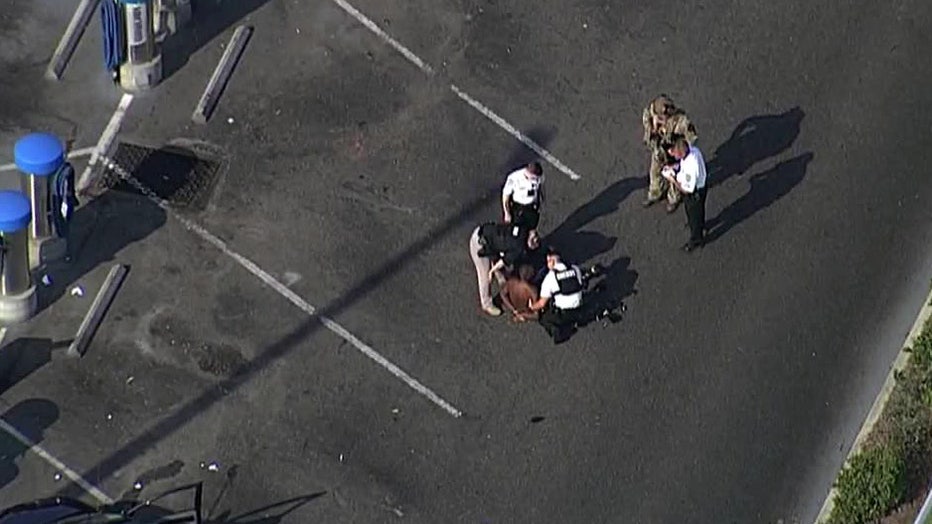 Once deputies showed up, bullets flew at them too.

"As they got a little closer, the three of them, he sees them and fires several shots, trying to strike them," said Sheriff Chad Chronister of the Hillsborough County Sheriff’s Office. "[He] fired so many shots that he had to reload his gun, drop the magazine and reload his firearm."

Once the firing stopped, Chronister said Lighty got in his car and called 911. The sheriff said Lighty complained about mental health treatment he received at a local hospital, and that gave deputies the chance to bring in a crisis negotiator and come to a peaceful surrender. No one was hurt.

Full press conference: Hillsborough Sheriff on arrest of suspect who opened fire on deputies in Brandon

Hillsborough Sheriff Chad Chronister details the takedown of a gunman who opened fire on deputies at a car wash.

"Everyone knows that I’m the biggest advocate when it comes to mental health treatment, getting those individuals in our community the help that you need. But that certainly not for a fraction of a moment justifies what this individual did today by trying to murder three of our deputies that were doing nothing but trying to protect our community," said Chronister.

Deputies said Lighty is getting mental health help while he’s in jail. He faces several charges including attempted murder of an officer. 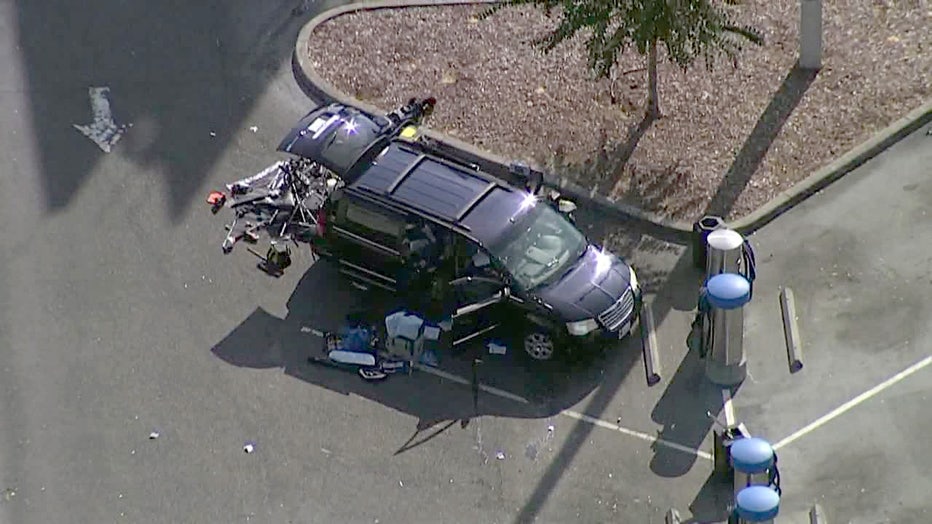