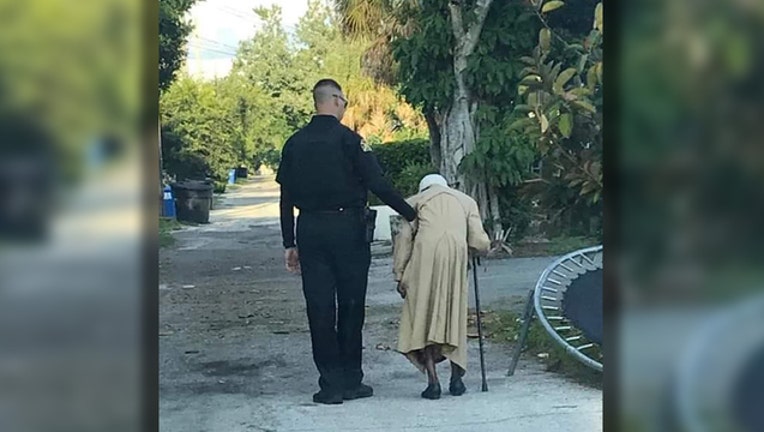 The police department said Officer Johnson saw the woman walking down an alley who appeared to be lost.

Johnson offered to drive her home, but the woman insisted on finishing her walk, the agency said.

Instead of a ride, Johnson decided to offer her company. Police said he took the woman's arm and talked with her as he walked her to her house.

Residents praised the officer's small act of kindness on Facebook.

"Bless you Off. Johnson for taking the time to escort her home safely!" one person wrote.

Another thanked him for not only walking her home, but also taking the time to talk with the woman as well: "Wow, I'm sure she has wonderful stories to tell. We should all take such time as Officer Johnson did -- we can learn so much from these folks."