TALLAHASSEE, Fla. - A mediator declared an impasse in talks aimed at resolving a battle between Florida and the federal Centers for Disease Control and Prevention about restrictions on cruise ships during the COVID-19 pandemic, Gov. Ron DeSantis’ office said Thursday.

U.S. Magistrate Judge Anthony Porcelli held a settlement conference last week and continued it Tuesday. An online court docket early Thursday afternoon did not show the outcome of the conference, but DeSantis’ office issued a news release that said an impasse had been declared.

Florida Attorney General Ashley Moody, backed by DeSantis, filed the lawsuit in April challenging restrictions imposed by the CDC that have idled cruise ships. U.S. District Judge Steven Merryday held a hearing last month on a state request for a preliminary injunction and then sent the case to mediation.

DeSantis has made a major political issue of the restrictions, regularly blasting the CDC during public appearances. The news release from his office Thursday continued the criticism.

"Unfortunately, the CDC has opted to continue its ridiculous and unlawful regulations that target a single industry by imposing vaccine requirements --- something no other business or industry must do," the news release said. "Despite Florida’s sincere efforts to reach a compromise, the mediator appointed by the United States District Court declared an impasse." 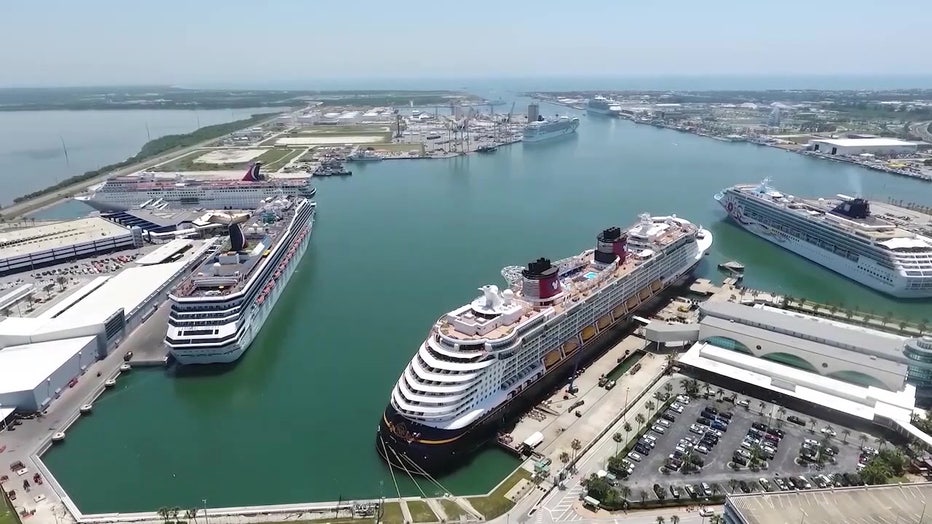 The news release came after U.S. Department of Justice attorneys on Wednesday asked for permission to file an additional brief aimed at bolstering the CDC’s opposition to the request for a preliminary injunction.

The cruise industry was shut down last year after highly publicized outbreaks of COVID-19 aboard ships early in the pandemic. The state’s lawsuit focuses heavily on a "conditional sailing order" that the CDC issued in October with a phased approach to resuming cruise-ship operations.

The agency has issued updated guidance as it moves toward allowing cruise ships to operate. But it has clashed with DeSantis, in part, because he and state lawmakers banned businesses --- including cruise ships --- from requiring what are known as vaccine "passports" that would show people have been vaccinated against COVID-19.

The state’s lawsuit contends that the CDC exceeded its authority with the restrictions and that the conditional sailing order is "arbitrary and capricious." Also, it alleges that the CDC has violated the Administrative Procedure Act, which deals with how agencies impose regulations and carry out laws.

Department of Justice lawyers have countered by saying the federal government has long had authority to regulate ships to prevent the spread of communicable diseases.

The federal government’s request Wednesday to file an additional brief stemmed, in part, from President Joe Biden on May 24 signing a law dubbed the "Alaska Tourism Restoration Act." A news release from the office of U.S. Sen. Lisa Murkowski, R-Alaska, said the law provides a "temporary fix" for cruise ships carrying passengers between Washington state and Alaska.

In the request filed in the Florida case, Department of Justice attorneys argued that the law, which passed Congress in May, ratified the conditional sailing order issued by the CDC.

But in a response filed Wednesday, Moody’s office expressed concern that "further briefing will only serve to delay a ruling on Florida’s motion for preliminary injunction."

"With each passing day that cruises --- a singled-out industry --- cannot operate, Florida suffers irreparable harm," the state’s response said. "As Florida’s cruise lines and ports address the CDC’s constantly changing labyrinth of requirements for safety plans and simulations, and businesses and employees suffer, time is of the essence."

Alaska also has requested approval to intervene in the case on Florida’s side, saying in a document filed Wednesday it wants to "protect its interests in the CDC’s constantly-morphing orders, restrictions and guidance which will apply to all large Alaska cruises in 2021."