Tallest teen in the world

BRADENTON, Fla. - On the bench at practice, Olivier "Ollie" Rioux laces up his sneakers just like any player on the IMG Academy varsity team. But when Ollie gets off the bench, he towers over his teammates.

Ollie is 7'5 and a half, a height that's earned him a spot in the Guinness World Records as the "Tallest male Teen in the World."

"Since I was a kid, I have been flipping pages. It was a dream come true I would say," he said.

Ollie is only 16. Height runs in his family. 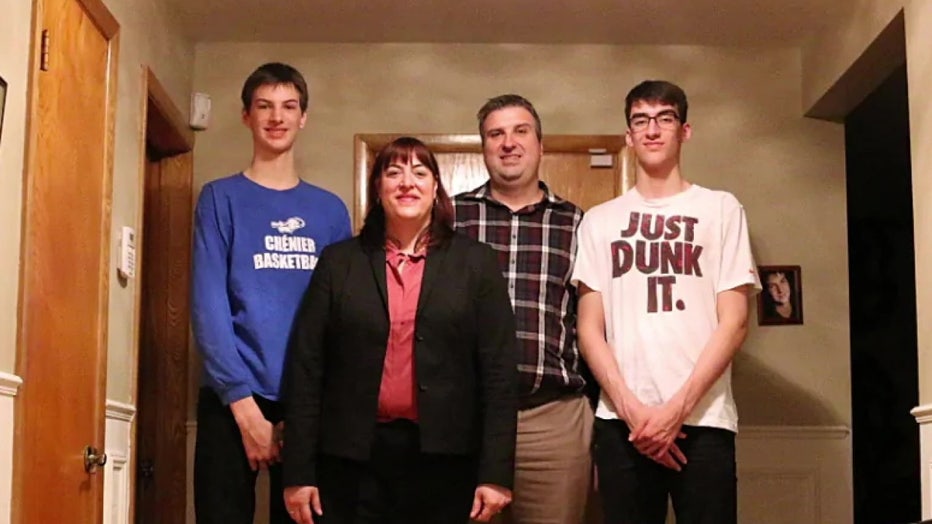 Basketball is also a family tradition. It all started in Canada in his hometown of Quebec.

"Since I was a kid. My brother played and I was five years old on the bench doing nothing and one day I just picked up the ball and played," said Ollie.

He played all the way to Florida and IMG Academy. He's had some good mentors along the way.

"He's just one of the kids here. Yes, he’s super tall, but we have other kids that are pretty tall here. Not as tall as Ollie. He can kind of blend in a sense just because of the sports dynamic that we have here," said Coach Daniel Santiago. 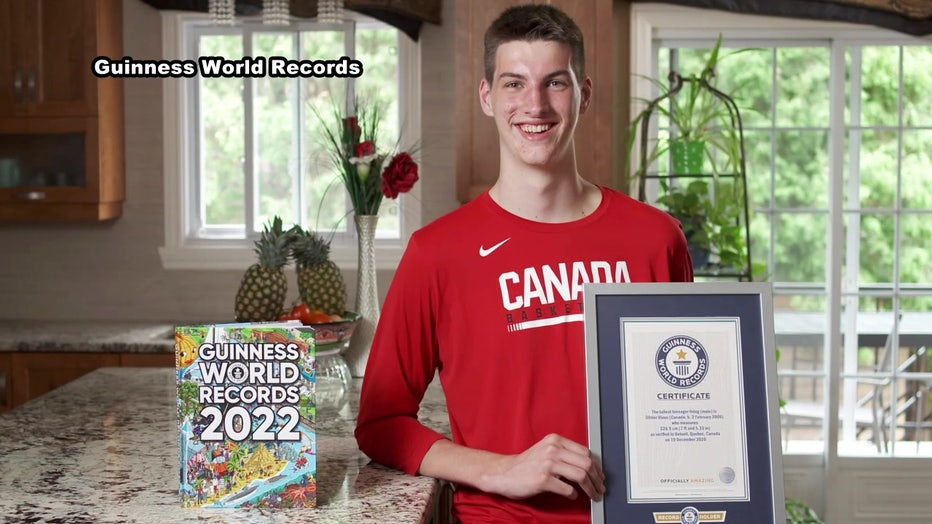 Daniel Santiago who stands at 7’1" is a former Olympic athlete and pro-player.

"I think it helps him to see people like me, with the size that I have because he can kind of identify with me because I’ve gone through some of the things that he’s going through," stated Coach Santiago.

Aside from height, it takes skill and passion to play the game. Head Coach Jeremy Schiller says his future is vast.

"He's 7’5" but I think it’s good for people to recognize and see he’s fun to be around every single day. He loves basketball. He wants to be better. He just has a great charismatic personality," said Coach Schiller. 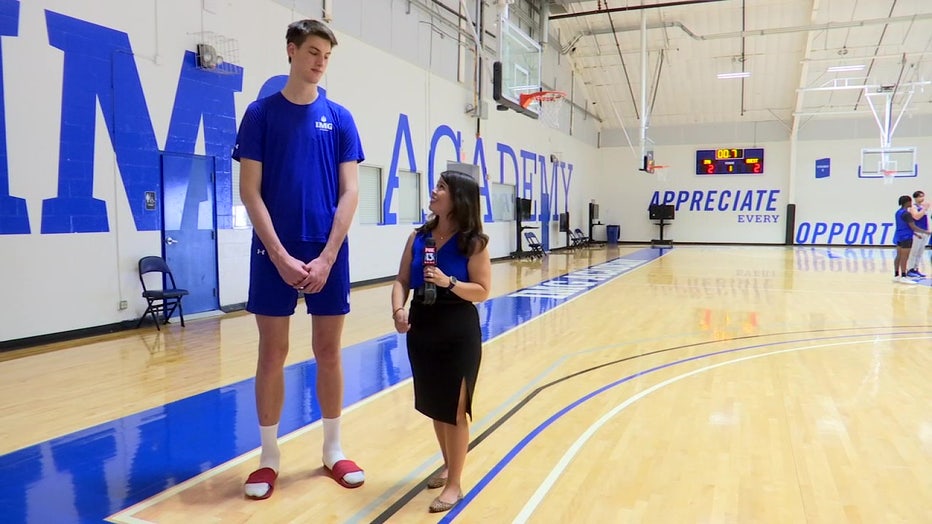 Much larger than his height.

"He's just a great kid to be around. He’s a lot more than 7’5," commented Coach Schiller.