TAMPA, Fla. - People took to the streets in Tampa Saturday to call for justice for 20-year-old Daunte Wright, who was shot and killed last Sunday by a Minnesota police officer.

Chants from people with signs in hand could be heard in Downtown Tampa.

"It's important to me to show my children that we don't have to accept this behavior from our public servants. From our police force. This is the way that we tell them and let it be known that this is not okay," Tampa resident Julie Richarme said. 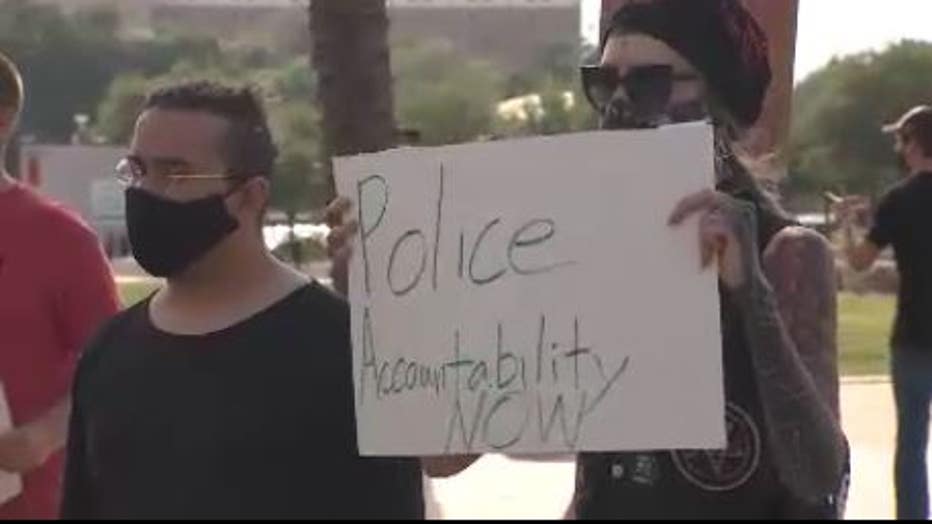 Saturday, a few dozen people came together at Curtis Hixon Park to call for change following the death of 20-year-old Daunte Wright. Wright was shot and killed last Sunday by a Brooklyn Center, Minnesota police officer during a traffic stop. Police say the officer meant to use her taser, but accidentally grabbed her gun and fired.

Wright's death is sparking outage across the country.

Meanwhile, another Minnesota police officer is standing trial for the death of George Floyd.

"We're out here today standing in solidarity with the folks up in the twin cities as they rally and demand justice in the case of Daunte Wright. Keep fighting for justice for these families and keep fighting for better in our communities," Tampa Bay Community Action Committee organizer David Jones said. 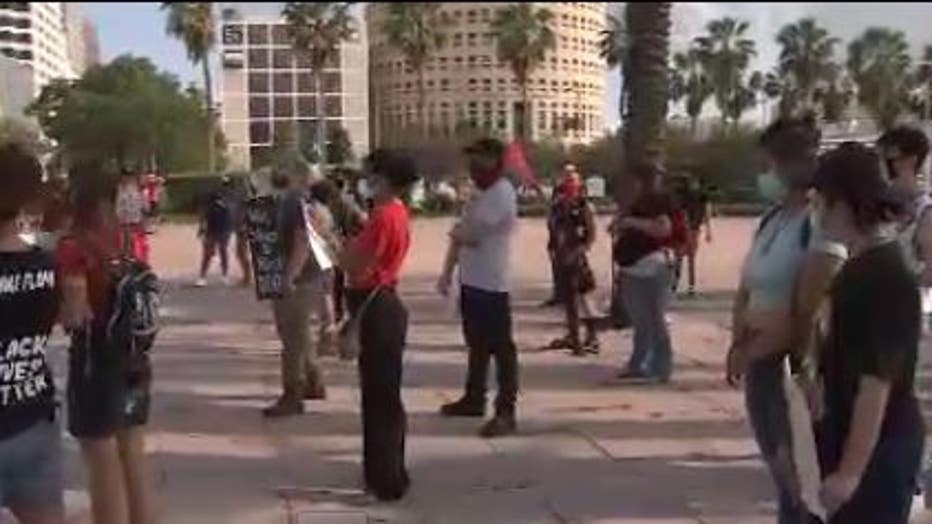 The Tampa Bay Community Action Committee helped organize Saturday's rally, which remained peaceful throughout unlike demonstrations last May that turned into rioting.  It's those riots that have Governor Ron DeSantis pushing legislation known as the anti-riot bill, which increases penalties for crimes committed during a riot. Some argue it infringes on people's rights to peacefully assembly. The bill now awaits the governor's signature.

Meanwhile, protesters say they'll continue demonstrating until those families in Minnesota get justice.

"The biggest thing is I want my kids to see what it looks like to come out and let your voice be heard," Richarme said.