HOLIDAY, Fla. - The Tampa Bay Lightning announced the opening of new street hockey rinks in Holiday and Wesley Chapel, making for a total of 10 rinks in five Tampa Bay counties.

The team took advantage of the league-wide Industry Growth Fund, aimed at growing the game and pumped in $6 million to the local facilities.

They have given away 170,000 sticks and balls, are helping to organize programs, and are also giving a boost to kids who want to play ice hockey. 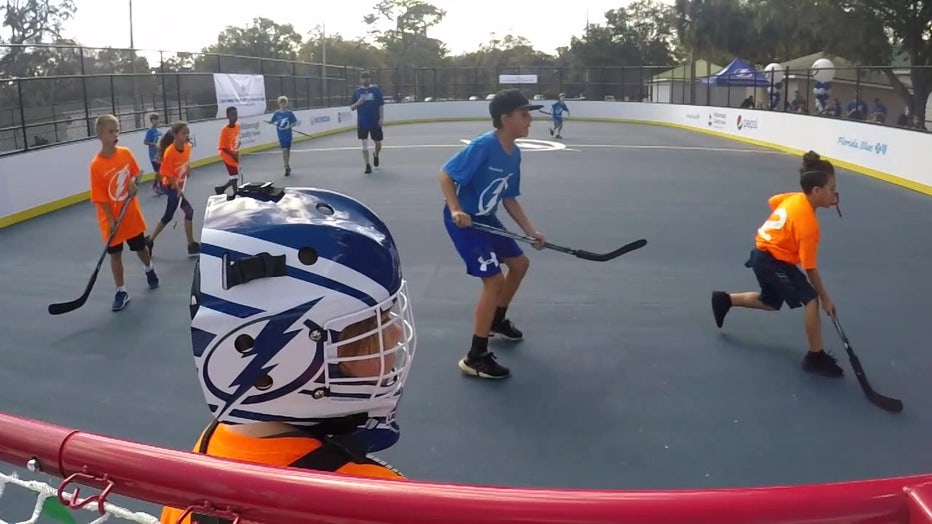 That's especially important for the Lightning, given Tampa Bay has not been a hockey market for generations -- like New York or Boston.

The team has grown its fanbase -- not only by winning and encouraging kids to play hockey -- but by showing that they are physically in communities like Sulfur Springs and Holiday. 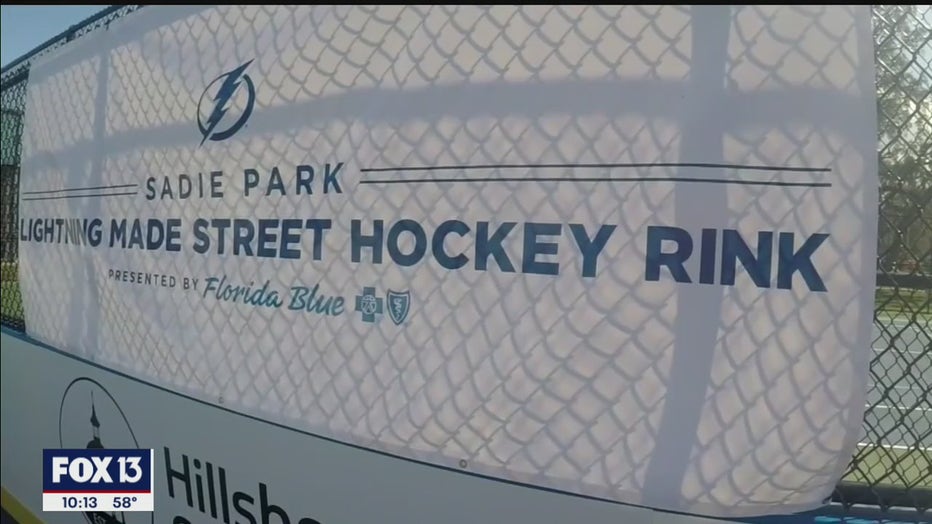 "I am sure it is going to be a lifesaver for our parents," said Pasco County Commissioner Kathryn Starkey. "We already have our phone ringing off the hook for kids wanting to know how they can get out on the concrete."

The team says the number of youth ice hockey players in Tampa Bay has doubled over the last five years from 1,500 to 3,000.

In an effort to get more kids involved in hockey, the Tampa Bay Lightning have opened a new outdoor rink.

"We are confident it is creating that next generation of Lightning fans specifically," said Lightning executive director of community hockey development, "but hockey fans, generally."

With owner Jeff Vinik building a collection of mixed-use skyscrapers downtown, the team's impact is in the air, on the ice, and on the ground. 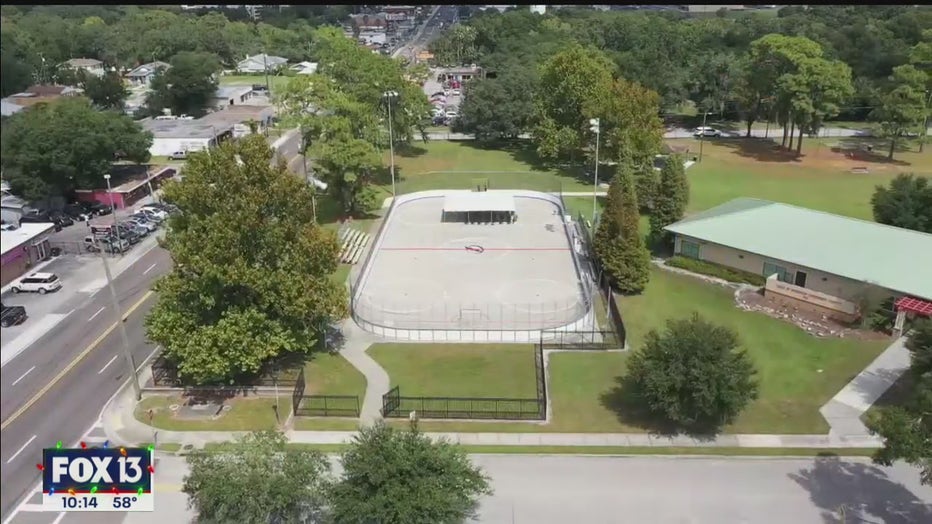 "It is something we hope will be there as an opportunity for families and youngsters and entire groups of people to enjoy for years to come."

The team's other outdoor rinks are in Lakewood Ranch, Brandon, Ruskin, Pinellas Park, Oldsmar, and two in Tampa.

The last of 10 rinks to be finished will be in Lakeland, at the new ice arena.

The hockey rink on Florida Avenue is all about street hockey, and has been around for a long time --&nbsp;but has seen better days. It's in need of refurbishing -- and the Tampa Bay Lightning is here to help.&nbsp;