Sternberg accused of 'relentless scheme' to squeeze out minority owners

In seeing his shares grow from 49 to 85% since 2004, the suit - which is filed by five owners who own a combined 10% - says he was secretly paying himself while strategically withholding distributions, saddling the limited partners with massive tax obligations, pressuring some to sell shares, and transferring all the valuable assets into a new company he owned.

St. Petersburg Mayor Rick Kriseman is pushing forward with redevelopment plans for the Tropicana Field site as Rays owner Stu Sternberg is accused of fraud in acquiring a majority of the franchise holdings.

The mayor - who is preparing to present two proposals for Tropicana Field site redevelopment - said tonight, "Sternberg should consider relinquishing control of the organization. Residents and fans should not be made to wait any longer for clarity."

In a single paragraph, the 24-page lawsuit briefly takes aim at Sternberg's push to play half the season in St. Pete and half in Montreal. 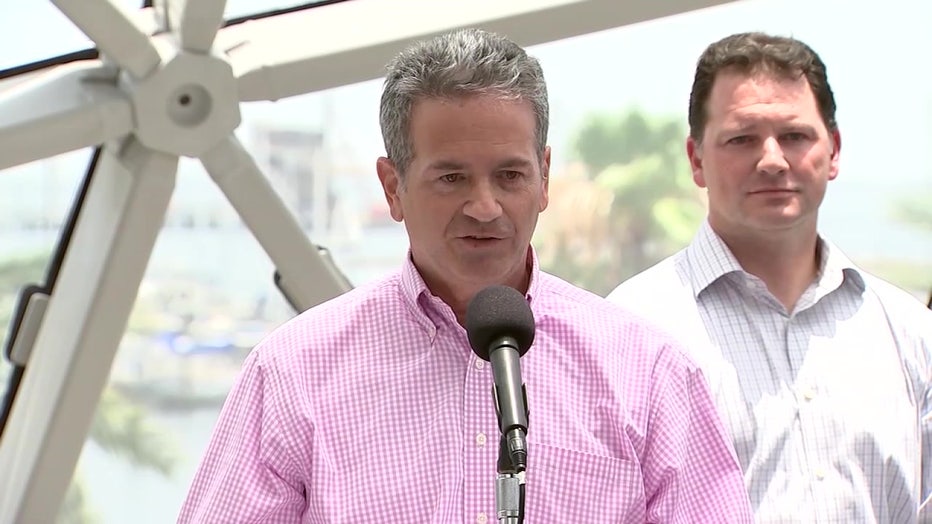 The suit says they "discovered Sternberg has been secretly negotiating to sell an interest in the club to Canadian businessman Stephen Bronfman.

"Insultingly," it says, "based on information and belief, it has been going on since the spring of 2014," or five years before Sternberg talked about it publicly.

"This is about Tampa Bay keeping its hometown and Montreal having one as well," Sternberg said in 2019 during a press conference at the Dali Museum.

Because there are strict guidelines on who the Rays are allowed to negotiate with, Mayor Kriseman said tonight the suit "appears to give rise to the question of whether the team violated" its lease at the Trop.

"It puts a lot of those discussions in jeopardy," said Tampa business attorney Stuart Levine. "Anytime the person you are dealing with is accused of conduct of this nature, it's hard, particularly when it's public."

The lawsuit also says "Sternberg engaged in a relentless scheme to squeeze out the limited partners."

Negotiations over a new stadium are now at a standstill.