ST. PETERSBURG, Fla. - When it comes to the future of 86 acres of land where Tropicana Field currently sits, there are four options Mayor Rick Kriseman hopes will soon be narrowed to two.

However, Kriseman’s selection might not matter. The city council, the Pinellas County Commission and the chamber of commerce all have said to slow down. 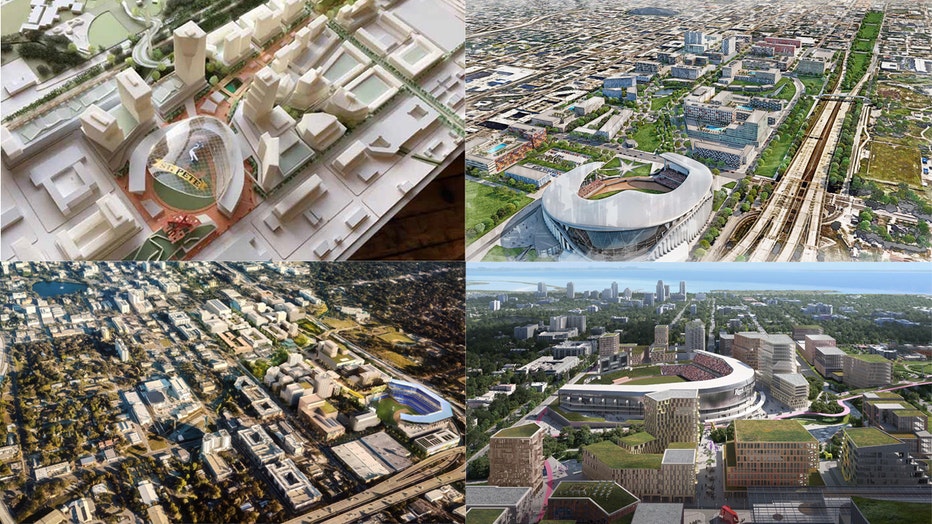 The city council even passed a unanimous resolution refusing to move forward with Kriseman’s pick.

"The council was very clear that we put the brakes on that process and I led the charge on that resolution," said Councilwoman Darden Rice, who also wants to be the city’s next mayor in January.

"We want to get it right and we don’t want to move forward without the Rays, which is kind of crazy, if you ask me," she said.

Rice says the Rays' input would likely come towards the end of the year.

PREVIOUS: First glimpse: Options with and without Tropicana Field included in redevelopment pitch

The city of St. Petersburg is asking for the public's opinion on what to do with the land that currently houses Tropicana Field.

The team has been at odds with Kriseman who wants to move forward without them to develop the land in a way that reconnects downtown South St. Petersburg, a mostly Black community.

It's a lightning rod sticking point for Kriseman, who is at the end of his term as mayor and is mulling a run for congress and would certainly benefit from a strong Black voter turnout.

"We’ve pushed this thing forward. I was elected to serve for four years, not three years or three and a half years," Kriseman said.

Councilwoman Rice wants it left to the next mayor.

"I do have a biased view on that. Should be up to the next mayor that spends the next eight years on this project," she said.

Kriseman says he’s working to narrow his pick down to two in the next seven days but when it comes to getting city council on board – his selection appears dead on arrival.

Meanwhile, Kriseman is calling for the Rays' owner, Stu Sternberg, to step down as owner after a lawsuit was filed, alleging he committed fraud in acquiring a majority of the franchise holdings.