TAMPA, Fla. - The extension of the iconic Riverwalk in downtown Tampa is officially happening.

READ: Tampa Bay pizzeria ranked among top 50 in US by Italian guide

The Tampa Riverwalk will be extended along the west side of the Hillsborough River, creating a continuous pathway of 12.2 miles.

It will look just like the Riverwalk on the east side of the river, and the design will link neighborhoods west of downtown offering those communities miles of protected paths for people to walk, bike, or scoot on. 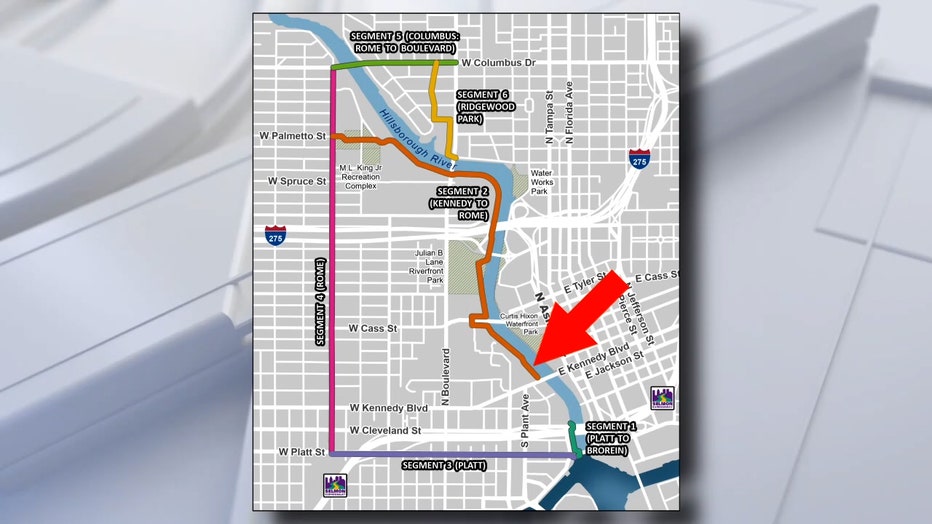 "The purpose of this project is to improve bicycle pedestrian connections across both north and south sides of the interstate and get them better connected with the overall downtown and urban poor where we've seen significant growth," said Nick Beatty, the city of Tampa’s Mobility Department Director. "This project will benefit West Tampa significantly. It'll benefit North Hyde Park. It will benefit part of portions of South Tampa, east of Hyde Park as well."

"This significantly improves our ability to provide alternate modes of transportation while increasing economic development within the urban core, like we saw with the eastern part of the river walk," said Beatty.

The grant will cover 80% of the cost and the city will pay the remaining 20% of the project’s bill.

Construction is supposed to begin in 2024 and should be completed by the end of 2026.