Fabrica Pizza ranks among most authentic pizza joints in U.S.

TAMPA, Fla. - Tampa Bay's Fabrica Pizza in the Channelside District was just ranked among the top 50 in the U.S. by a group of true pizza experts.

It starts with hand-stretched dough, a swirl of tomato sauce, and a sprinkle of various toppings from ricotta to Calabrian chilies. It then glides from a floured peel to a 900-degree wood-fired oven, and in seconds, rises to chewy, charred Neapolitan pizza perfection.

"We have some traditions that we actually respect, but then we break some rules with ingredients," said co-owner Jonathan Perez.

Fabrica Pizza opened in 2015, and by 2017, it brought a second location in St. Pete. Co-owners Estefania Greco and Jonathan Perez come from Italian families. They lived, studied, and worked there. 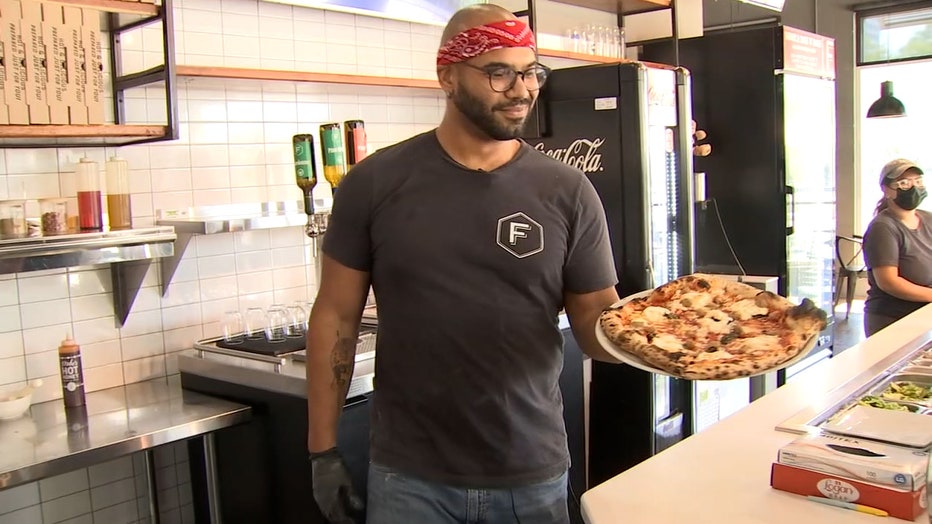 Fabrica Pizza employee shows off one of their pizzas.

"That's where we got our biggest inspiration and just the symbol of how the food can taste so good and just be so simple at the same time," said Greco.

They take pride in their pies.

50 Top Pizza, an Italian guide to the best pizzerias in the world, ranked them 49th in the entire United States.

Fabrica didn't even know they were being judged. 50 Top Pizza sends out anonymous pizza experts from Italy who bring back a receipt as proof of their visit. And clearly, they were impressed by this Tampa Bay pie.

They don't know who visited, or when. In fact, the congratulatory email got stuck in their spam.

"The way we found out is by actual customers coming in here saying, you guys know that you're in the top 50 in the U.S.? And I'm like, what?" said Perez.

50 Top Pizza, based near Naples, Italy, boasts about Fabrica's "large and bright environment, open oven, clean décor, and comfortable chairs." They say, "the pizza is thin with a slightly crunchy crust and the consistently fresh ingredients." They also compliment the "swift and professional waitstaff." And they say the pizza with chorizo is "definitely a must-try." 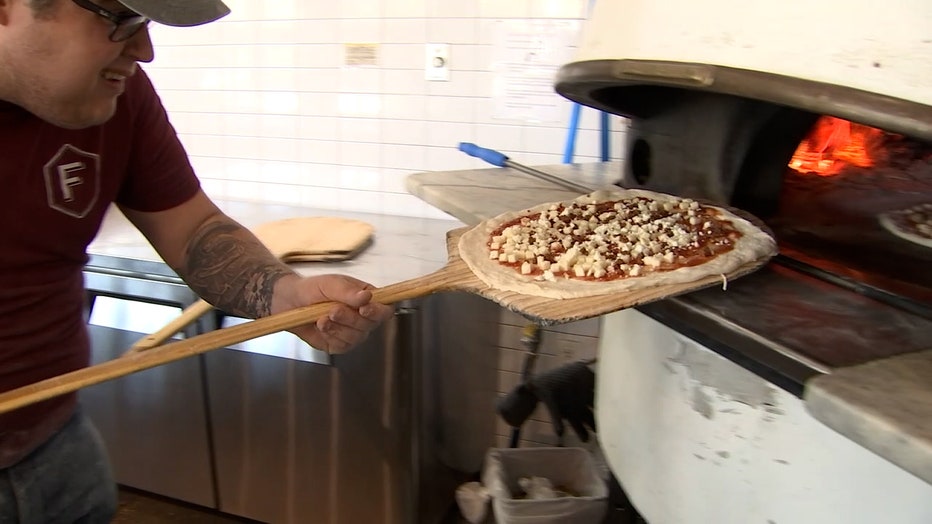 Four other Florida pizzerias made the list – three in Miami, one in Key West.

"Being part of that list," Perez said, "the United States is a huge country and it's just 50 of them. That means a lot to us."

From traditional Margherita to more daring sausage and hot honey July Pizza of the Month, Fabrica has risen from the ranks of Tampa to Italia, one Margherita at a time.

"We're still waiting on our plaque. We're super excited, "Greco said. "It was a leap of faith, and we love it that it turned out so well and the community was so supportive from day one.

Next week is their 7-year anniversary. To go along with it, Fabrica just launched a frozen pizza subscription service in Florida. Now, they can ship pizzas to any oven in the state.